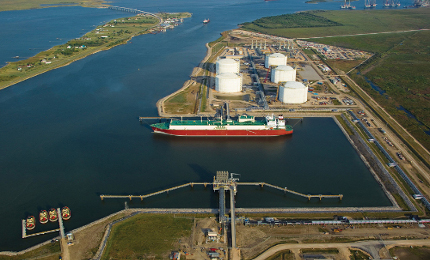 US Department of Commerce has granted approval for limited crude oil trading with Mexico, lifting a four decade long ban.

The department intends to allow state-owned Petroleos Mexicanos (Pemex) to deliver heavy Mexican crude oil in return of up to 100,000 barrels a day of light crude and condensate from the US.

Pemex is likely to receive the federal permits by the end of this month.

Oil & Gas Authority (OGA) in the UK intends to offer development rights for 27 onshore blocks as a part of the country’s 14th onshore oil and gas licensing round.

The announcement for allowing potential exploration of oil and gas, including fracking, follows the government’s recent decision to accelerate planning process for shale gas developments in the country.

Mostly located around the east Midlands, North West, and Yorkshire regions, the announced blocks do not require further environmental assessment under the Conservation of Habitats and Species Regulations 2010.

Around 47 companies had offered bids for areas covering 295 Ordnance Survey Blocks in the first round of the license blocks.

Japan Oil, Gas and Metals National Corporation (JOGMEC) and Inpex have started a joint study which is focused on shale gas development in the Horn River, Liard, and Cordova areas in British Columbia, Canada.

The firms had signed an agreement with Inpex-subsidiary Inpex Gas British Columbia (IGBC) and CNOOC-subsidiary Nexen Energy in March this year for the assessing of the geological characteristics of the areas through analysis of rock sample properties extracted from shale reservoirs selected for development.

Interpretation of the geological data derived from the collaborative study is expected to boost JOGMEC and Inpex’s technological capabilities for rock analysis.

The new regulations are in line with president Barack Obama’s Climate Action Plan which targets reduction in methane emissions from the oil and gas sector by 40% to 45% by 2025, as compared to 2012 levels.

These introduced standards will prompt energy producers to find and repair leaks, collect natural gas from the hydraulically fractured oil wells, and limit emissions from new and modified pneumatic pumps and other equipment used at natural gas transmission compressor stations.

TurkmenGaz to own 51% stake in $10bn TAPI gas pipeline project

TurkmenGaz has agreed to acquire a majority stake of 51% in gas pipeline connecting Turkmenistan to Afghanistan, Pakistan and India (TAPI).

The project is expected to be built at a cost of $10bn and will have capacity to transport 3.2 billion cubic feet of gas per day.

The federal authority will also allow local people to have a ‘strong say’ for shale exploration in respective areas, and will expedite new site developments.

UK secretary of State for Communities and Local Government Greg Clark is likely to take over planning decisions from local councils that repeatedly fail to reach a conclusion for the oil and gas applications within the statutory timeframe of 16 weeks.

National Energy Board (NEB) in Canada has released 145 draft conditions for the $5.4bn Trans Mountain pipeline expansion which US energy giant Kinder Morgan has to follow if it moves ahead with the project.

According to the NEB recommendations, the firm might need to dedicate $1.1bn in liability coverage for the expansion project and give detailed plans about how it intends to protect endangered species and cut down greenhouse gas emissions.

The draft, however, does not indicate approval for the project and can change after further NEB hearings.

As per the deal, IEnova will also assume $170m in net debt.

IEnova will own 100% of equity in Gasoductos de Chihuahua following the transaction and will finance the deal through debt and equity. 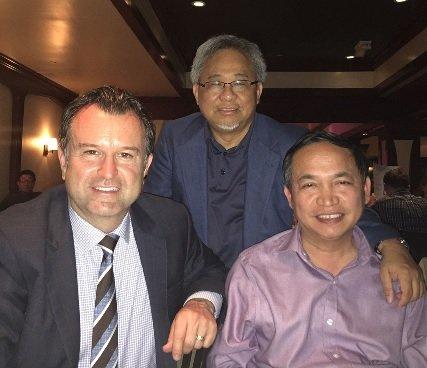 The state-owned utility will buy the LNG from SCT&E LNG’s planned development on Monkey Island in Cameron Parish, Louisiana, US.

US based RES has supplied more than 800 acres of wetlands to make up for those damaged in the construction of the Sabine Pass natural gas export facility in Cameron Parish, Louisiana.

The wetlands had to be provided to receive permit approval from the Federal Energy Regulatory Commission, the US Army Corps of Engineers, and other federal and state regulatory bodies.

The firm was selected to provide restored, enhanced and conserved wetlands for the facility during all three phases of project permitting.

Sabine Pass Liquefaction project involves construction of six liquefaction trains, each having a nominal production capacity of around 4.5 million tonnes per annum (mtpa).