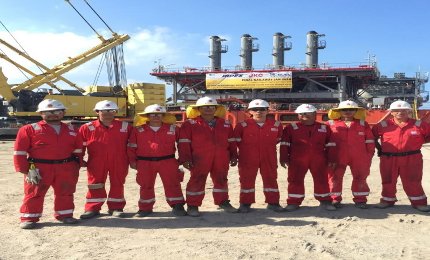 Ale has completed the contract awarded by Cuel by loading out the final module for the Inpex-operated $34bn Ichthys Project onshore liquefied natural gas (LNG) facilities in Thailand.

Previously, Cuel awarded a contract to Ale’s Thailand branch to perform the load-out, site move, as well as weighing of total 151 modules of inter-connect piperacks, jetty piperacks and slug catcher area and pig receiver PAU’s for the project.

The first shipment of natural gas from the A$24.7bn ($18bn) Australia Pacific liquefied natural gas (APLNG) project has started from the LNG facility located on Curtis Island, near Gladstone in Queensland.

TransCanada has filed a lawsuit against the US Government to reverse President Barack Obama’s rejection of the $8bn Keystone XL pipeline that was planned to connect the Western Canadian Sedimentary Basin in Alberta to US refineries.

The lawsuit filed in a federal court in Houston, Texas, described the rejection of the company’s permit to construct the pipeline as ‘unconstitutional’.

In a separate action under the North American Free Trade Agreement (NAFTA), TransCanada said the denial of the Presidential Permit was arbitrary and unjustified.

The Government of British Columbia (BC) said it will not support Kinder Morgan’s C$5.4bn ($3.81bn) proposed expansion of the Trans Mountain pipeline in Canada, if some conditions raised by it are not met.

In its final written submission to the National Energy Board (NEB) panel, the government said that that Kinder Morgan has not provided adequate information on proposed spill prevention and response for the province.

The government further said it will continue to evaluate the project based on the company’s ability to meet the five requirements established in 2012 to consider the construction and operation of heavy-oil pipelines in the province.

A review of these two projects is currently in progress. The five principles announced by the government will guide its decision-making on various natural resource projects.

Canada is set to take measures to ensure consistency with these principles for the two projects.

Originally, the project was due to become operational in 2010, but was delayed as it is a complex field containing high hydrogen sulfide content.

The Chuandongbei project is a sour gas joint E&P project between China National Petroleum (CNPC) and Chevron and covers over 800km² in Sichuan province and the Chongqing Municipality.

Cheniere Energy seeks $2.8bn to refinance Sabine Pass facility and pipeline in US

Cheniere Energy Partners is seeking to borrow about $2.8bn from 13 financial institutions to refinance its Sabine Pass liquefied natural gas import facility and a pipeline in the US.

SPLNG and CCTP are completely owned by Cheniere Partners. 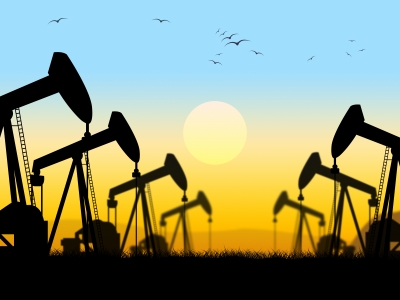 Oklahoma has approved the use of nearly $1.4m from the state emergency fund to carry out research on earthquakes that are believed to be linked to wastewater disposal wells serving oil and gas operations.

Governor Mary Fallin announced the funding following lawsuits filed by residents in Oklahoma and Logan counties in the US against oil companies claiming that their houses are damaged due to earthquakes.

The funds would be directed to the Oklahoma Corporation Commission (OCC) and the Oklahoma Geological Survey (OGS).