The story begins in Alberta, Canada, where nearly two trillion barrels of oil sit locked in inland oil sands, but where does the story end up, and why has the debate become so divisive?

For a crash course on the history and facts behind the Keystone XL Pipeline, click on the infographics below. For expert commentary and analysis on both sides of the debate follow the link to our feature special: Keystone XL Pipeline – the energy issue that has split America.

Proponents of the project believe that far from contesting the pipeline, the American public should view it as a welcome gift – after all TransCanada have agreed to foot the bill.

Following decades of one tragic oil spill after another, including one only last month in Arkansas, TransCanada has left no stone unturned when it comes to spill prevention technology. Specifically, TransCanada has added 57 additional safety requirements outside of what is normally required. Will that guarantee no oil spills? There are no guarantees, that’s one thing certainty everyone can count on. Click to enlarge.

For Keystone XL supporters, one of the attractive advantages of the pipeline is it will provide energy security for America if approved. In turn reducing dependence on "unstable" sources, such as Venezuela and the Middle East, by up to 40%. Click to enlarge. 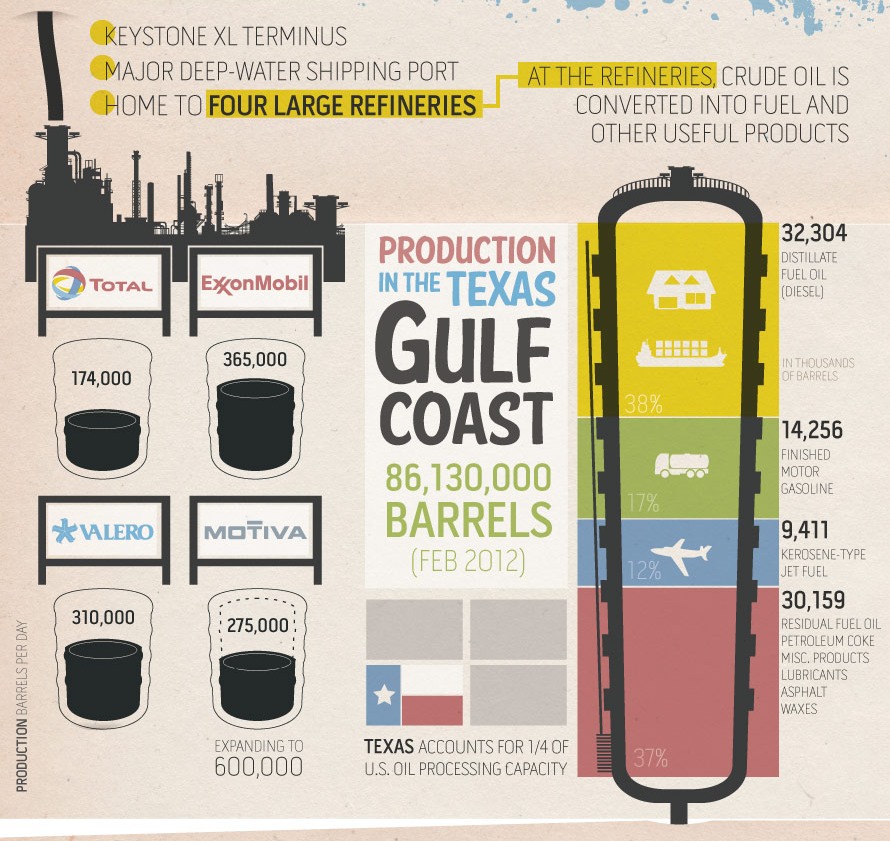 Issues that aren’t going away

Tarsands will provide a reliable – but not renewable – source of fossil fuels, but does that necessarily make it cheaper than oil form Venezuela or anywhere else? Oil and energy are global markets and prices are set by global supply and demand – these same factors set the price regardless of where it is, with the only fluctuations in price coming from the quality of the oil. Click to enlarge.