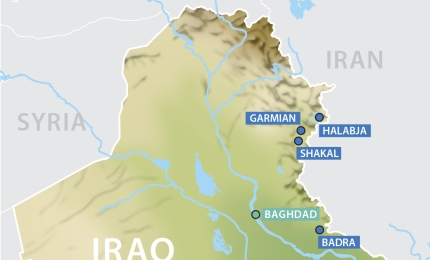 The divestment brings proceeds to more than $1bn including the recent OML 24 and OML 18 stake sales.

Total has sold stakes in 11 onshore Nigerian blocks to local firms since 2010.

The company said the divestments are in line with the Federal Government of Nigeria’s plan of developing local firms in the sector.

The pipelines will serve the Eagle Ford shale in South Texas, US, to meet central Mexico’s increasing demand for natural gas.

Gulf Keystone Petroleum restarted production and truck loading operations at its Shaikan oilfield in the Kurdistan region of Iraq.

The operations were resumed at both of the company’s production facilities, PF-1 and -2.

Drilling work is expected to be initiated in early second quarter of 2015 and it would continue until the completion of one well, which is expected to take 150 days.

Gazprom Neft Middle East announced plans to carry out a 2D seismic survey on the south-eastern section of the Halabja block in Iraqi Kurdistan.

The company is currently transferring the technical equipment and personnel needed for the survey from the south-western section, where it has already completed a survey spanning 225 linear km.

2D seismic surveys covering about 870km are due to be carried out on the Halabja block by the end of 2015.

Petrochemicals firm Ineos and IGas Energy signed a farm-out and purchase agreement, under which the former will acquire interest in the latter’s seven shale gas licences in the North West of England.

The deal also provides Ineos with an option to acquire 20% in PEDL 012 and 200 in the East Midlands.

The field is situated on state acreage along the Beaufort Sea, 60 miles east of Prudhoe Bay and 60 miles west of the village of Kaktovik.