G2 LNG has awarded a contract to KBR to provide services for the development of the company’s proposed $11bn two train liquid natural gas (LNG) facility in Cameron Parish on the Calcasieu Ship Channel in Louisiana, US.

KBR will use Air Products and Chemicals AP-C3MR Technology to provide FEED engineering.

TransCanada has announced its plans to withdraw a route-approval application for its proposed $8bn Keystone XL pipeline which is pending before the Nebraska Public Service Commission.

The company’s latest decision comes following rejection by the Obama administration for the project earlier in November.

At that time the company said that it will review all of its options which include filing a new application to receive a Presidential permit for a cross border crude oil pipeline from Canada to the US.

Honeywell is set to provide new process technology and advanced automation controls to the $6.5bn Karbala refinery, which is currently under construction in South Karbala province, around 100km away from Iraq’s capital Baghdad.

Using the refining processes from Honeywell UOP and automation controls from Honeywell Process Solutions (HPS) the State Company of Oil Projects’ (SCOP) will be able to increase production of fuel and other products at the Karbala refinery.

This would help balance the more than 350,000 barrels per day of refined products imported by the country at present.

The portal called "Bhuvan-GAIL portal" is operated with manual and auto-change analysis options to monitor the changes that take place along natural gas pipeline right of use (RoU).

Indonesia’s state-owned energy company PT Pertamina and Saudi Aramco have signed an agreement to upgrade the Cilacap Refinery located in Central Java with an investment of $5.5bn.

Under the agreement, the companies will formalise key business principles for joint ownership, operation and modernisation of the refinery.

The project is expected to be completed by 2021.

Kinder Morgan seeks permission for $5bn pipeline project in US 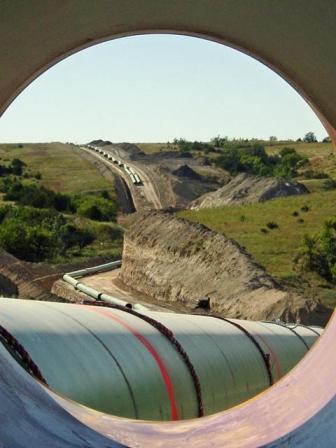 Kinder Morgan’s subsidiary Tennessee Gas Pipeline has filed an application with the Federal Energy Regulatory Commission (FERC) in the US for its proposed $5bn Northeast Energy Direct Project (NED).

The 419.66 miles project is expected to expand the company’s existing pipeline system in Pennsylvania, New York and New England.

It would connect low-cost natural gas supplies from northern Pennsylvania to New York as well as New England markets.

BLM releases new draft to limit drilling on Roan Plateau in Colorado, US

The Bureau of Land Management (BLM) in the US has released a new draft in a bid to limit drilling on Roan Plateau in Colorado.

For the Draft Supplemental Environmental Impact Statement (SEIS) for the Roan Plateau Resource Management Plan Amendment, the agency has given a 90-day period for public comments.

Expected to commence upon the publishing of the Environmental Protection Agency’s Notice of Availability for the Draft SEIS in the Federal Register on 20 November 2015, the comment period will run through 18 February 2016.

Germany-based Wintershall has joined the international initiative launched by World Bank to end the flaring of associated gas during routine oil production operations by 2030.

The initiative was joined by governments, oil producers and development organisations, who have agreed to cooperate to eliminate routine flaring.