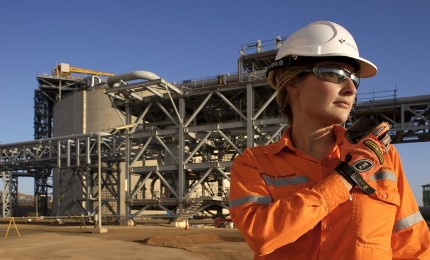 US-based pipeline company Energy Transfer Equity (ETE) has agreed to acquire the Williams Companies (WMB) in a transaction valued at about $37.7bn.

The latest business combination between the companies is expected to create the third largest energy franchise in North America.

Earlier this year, the company had rejected a $48bn offer from Energy Transfer and is now selling the company for about a third less than the previous offer.

In June, it rejected the offer saying that the offer undervalues the company and would not provide value it can achieve on a standalone basis.

Since then, the value of the company has also dipped with the falling energy prices and outlook of oil companies remain lackluster.

Exmar, Flex LNG and Geveran Trading have scrapped a previously announced deal to form a $2.3bn LNG company after they failed to agree on the terms that were negotiated earlier.

On 1 July, Exmar and Geveran Trading had agreed for a transaction whereby Exmar’s LNG and liquefied natural gas infrastructure assets and two LNG vessels of Geveran which are under construction would be merged with Flex.

The new company would have been known as Exmar LNG following the transaction and upon completion it will own interests mainly in six LNG carriers, five FSRUs, two FLNGs.

As per the deal, Exmar had agreed to transfer its assets to Flex LNG, controlled by John Fredriksen and take 323.7 million new shares in the company.

Ireland-based outsourcing company Accenture is set to implement predictive analytics for maintenance and process-control in production operations across Woodside’s liquefied natural gas (LNG) assets, including the Pluto LNG Plant, as part of an extended agreement.

The company will also support decisions to improve production, safety as well as risk management capabilities.

The Australian oil and gas company, Woodside will have access to Accenture’s statistical modelling, data management and visualisation software and its engineers at any time using new applications.

The proposed Atlantic Coast Pipeline (ACP) will be built and owned by energy companies Dominion, Duke Energy, Piedmont Natural Gas and AGL Resources and has been designed to meet the need for cleaner electricity generation.

ACP would transport natural gas supplies from Harrison County, West Virginia, south-east through Virginia with an extension to Chesapeake, Virginia, and south through central North Carolina to Robeson County.

Construction of the pipeline is expected to begin in the second half of next year and is due to be in-service in the fourth quarter of 2018. 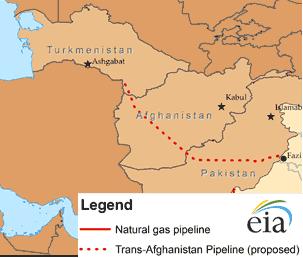 Turkmenistan is all set to commence construction on the $10bn Turkmenistan-Afghanistan-Pakistan-India (TAPI) gas pipeline in December.

Proposed by the Central Asian country, the project is backed by the US and the Asian Development Bank.

Türkmengaz, the national gas company of Turkmenistan was selected to lead the pipeline consortium in August.

Prior to announcing its decision, the board of Oil Search conducted a detailed evaluation of the proposal and came to a conclusion that it is highly opportunistic and grossly undervalues the company.

Oil Search chairman Rick Lee said: "The Board of Oil Search believes our Company is in a very strong position, both operationally and financially.

"We have a low cost, high quality, production base which is generating strong cash flows and excellent growth opportunities, with the proposed PNG LNG Train 3 and Papua LNG among the most competitive new developments in the world."

Japanese oil company Inpex has announced that production at the $20bn Ichthys LNG project is expected to be delayed to the third quarter of 2017.

According to the company, production was initially expected to start toward the end of December 2016.

Inpex is also expecting a 10% increase in cost, but the company plans to cover it through additional output.

The company said it plans to raise the annual LNG production capacity by about 6% to 8.9 MTPA from 8.4 MTPA which was planned initially.

The increase is based on the company’s recent technical evaluation of the technological information with regard to the entire LNG production system.

US based energy firms Phillips 66 and Spectra Energy have signed deal to strengthen their equally owned natural gas joint venture, DCP Midstream by contributing $1.5bn in cash and additional assets.

Spectra Energy will offer its stakes in the Sand Hills and Southern Hills NGL pipelines for the JV entity, while Phillips 66 will offer $1.5bn cash boost to the company.

The cash will be used by DCP Midstream to pay off a portion of its revolving credit facility.

Canadian energy utility Emera has signed a definite agreement to acquire US based energy utility Teco Energy in a $10.4bn transaction aiming to increase it portfolio in the US.

The transaction includes assumption of about $3.9bn in debt.

Majority of the assets under Teco Energy is in Florida, where the firm operates Tampa Electric and the regulated natural gas utility Peoples Gas.

PennEast Pipeline Company has filed an application with the Federal Energy Regulatory Commission (FERC) of US for a permit to proceed with construction of the proposed $1bn natural gas pipeline from northeastern Pennsylvania to Mercer County.

Following the issuance of a certificate of public convenience and necessity by FERC, the company would be authorised to construct, install, own, operate and maintain the 118-mile, 36-inch diameter PennEast Pipeline.

Announced in August 2014, the proposed underground natural gas pipeline will begin from Luzerne County in northeastern Pennsylvania and end at Transco’s Trenton-Woodbury interconnection in New Jersey.

The pipeline will be designed to deliver about 1 billion ft³ of natural gas per day upon completion.