Pipelines, one of the most economical modes of transport for oil and gas, are getting longer as resources slowly dwindle and countries grow more reliant on imports from a range of fields and prospects around the world.

In April 2012, Japan reported a 520bn yen (£2.1bn) trade deficit – an eight percent increase on figures reported the year before – as oil and gas imports surged after the nuclear crisis.

Also this year, Asian countries including India and South Korea cut their off oil imports from Iran, which western governments believe is building nuclear weapons, forcing them to scramble for resources from other countries.

In light of this, oil and gas companies are extending their reach by expanding their network of pipelines. Here, we list some of the longest pipelines – completed and under construction – in the world. 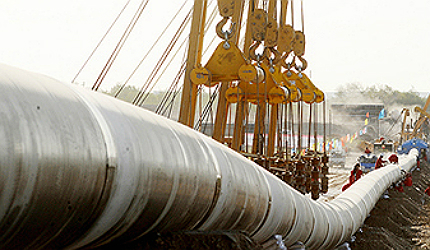 West-East Gas Pipeline Project (WEPP) is one of the major natural gas transmission projects intended to connect the eastern markets of China, with western resources to allow mutual and sustainable development.

The project involves the construction of four pipelines which will travel along varied terrains to link the 560,000 square kilometre Tarim Basin in Xinjiang Autonomous Region and Turkmenistan with the Yangtze Delta and Pearl Delta regions.

A feasibility study for the third pipeline (WEPP III) has been initiated and the project is expected to be completed by 2014. WEPP IV is still in the planning stage. 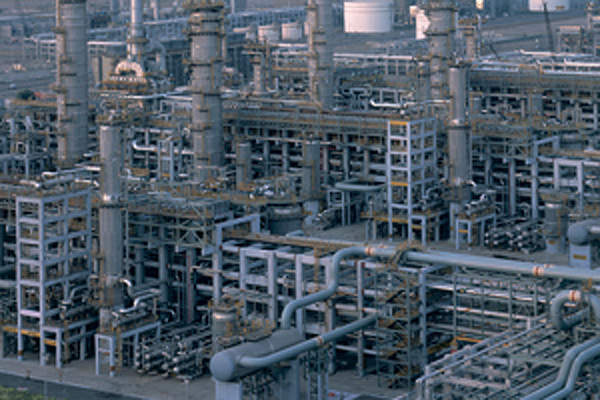 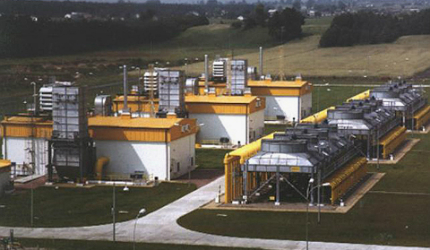 The Yamal-Europe pipeline is a natural gas distribution system running across Russia, Belarus, Poland and Germany. The 4,107km-long pipeline has a diameter of 1,420mm and can carry 33 billion cubic metres a year.

Construction was carried out by dividing the length of the pipeline into different sections. The 402km Russian segment starts from the Torzhok gas transmission hub and receives gas from the Northern Tyumen Regions-Torzhok gas pipeline.

The 575km Belarusian section runs across Belarus and includes five compression stations at at Nesvizhskaya, Krupskaya, Slonimskaya, Minskaya and Orshanskaya. 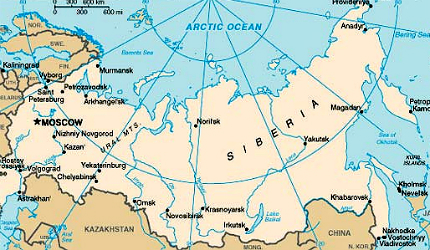 The ESPO pipeline will traverse Siberia

Once constructed, the Eastern Siberia-Pacific Ocean oil pipeline (ESPO) will export crude oil from Russia to the Asian Pacific markets of Japan, China and Korea over a length of 4,700km.

The original project proposed to build a pipeline from Angarsk, Russia to Daqing in northern China. This was then combined with a pipeline project from Taishet in Irkutsk Oblast to the Far East port of Kozmino near Nakhodka in May 2003.

In October 2008, the section between Taishet and Talakan was launched in a reverse to pump oil from Surgutneftegas-owned Alinsky deposit. This pipeline was completely laid in May 2009.

The 1,963km section from Taishet to Kozmino will run 882km through the Amur region, 324km through the Jewish autonomous region, 247km through Khabarovsk territory and 570km through Primorye.

Feasibility studies for this section have been completed and the pipeline is expected to be fully laid by 2014. 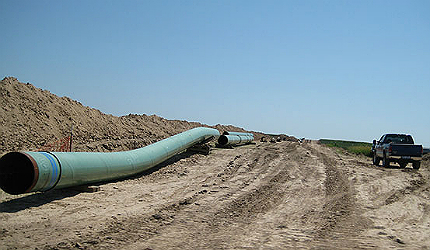 Keystone XL Pipeline is a new 1,897km-long crude oil pipeline being planned by TransCanada. The cross-border pipeline will run from Hardisty in Canada to Steele City in the US state of Nebraska and cost around $7bn to construct.

The pipeline, expected to help the US reduce its natural gas imports from the Middle East and Venezuela, will transport crude oil from the Western Canadian Sedimentary Basin (WCSB) and Bakken supply basin to the existing Keystone Pipeline at Steele City for further delivery to US refineries on the Gulf Coast.

The project received approval from the National Energy Board (NEB) of Canada in March 2010. At the same time, the US Department of State extended the deadline for federal agencies to decide if the pipeline is in the national interest, and in November, 2011, President Obama postponed the final decision on the proposed project until 2013. 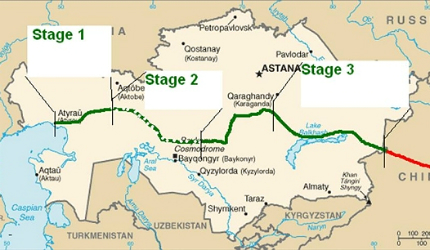 The 2,798km-long Kazakhstan-China pipeline transports crude oil from oil fields located in western Kazakhstan to the Dushanzi refinery in Xinjiang province of China.

Construction of the pipeline was divided into three segments and carried out in two phases. The first phase included a 448km-long first section which starts at Atyrau near the Caspian Sea and ends at Kenkiyak, Kazakhstan. This section became operational towards the end of 2003.

In January 2011, the pipeline met its design capacity for the first time. It had transported more than 30mt of crude oil since the commissioning of the first section in 2006. The second phase was completed in July 2009. 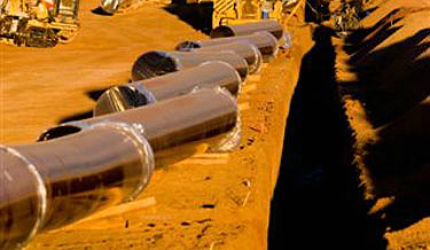 The Rockies Express cost $5.6bn to complete and has the capacity to supply about 16.5 billion cubic metres of natural gas a year

The Rockies Express is a 1679km-long pipeline which runs between the Rocky Mountains in Colorado and Eastern Ohio.

One of the largest pipelines ever constructed in the US, the Rockies Express cost $5.6bn to complete and has the capacity to supply about 16.5 billion cubic metres of natural gas a year.

The project was completed in three sections. The 528km REX Entrega section runs between the Meeker Hub in Rio Blanco County in Colorado and the Cheyenne Hub in Weld Country, Colorado.

The REX West section, which is divided into seven spreads, runs 1,147km in a 1,070mm pipe from Weld County to Audrain County in Missouri, near St Louis. There is also an eight kilometre, 610mm branch connecting to the Williams Energy-owned Echo Springs Processing Plant in Wyoming.

The final section of the pipeline, REX East, is a 1,027km, 1,070mm pipeline running from Audrain County, Missouri, to Clarington in Monroe County, Ohio. This section was completed in November 2009. 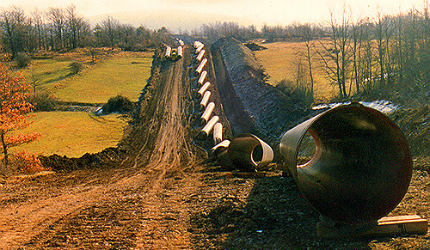 Built in 1983, it is one of the longest international gas pipeline systems and has the capacity to deliver 30.2bcm/y (billion cubic metres per annum) of natural gas.

The Transmed pipeline begins in Algeria and runs 550km to Tunisian border. From Tunisia the line passes 370km to El Haouaria in the Cap Bon province and then crosses the 155km-wide Sicilian section.

Passing through Mazara del Vallo in Sicily, the pipeline moves a further 155km from Sicily to the Strait of Messina and 1,055 kilometres in the Italian mainland to northern Italy with a branch to Slovenia.

The pipeline consists of nine compressor stations, including one in the Algerian section, three in the Tunisian section, one in Sicily and four in the Italian section.