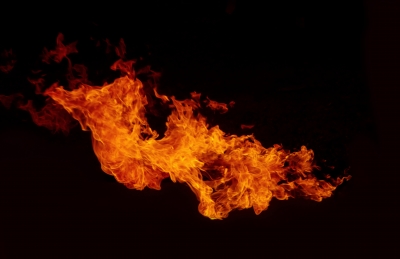 Part of a natural gas pipeline owned by Columbia Gulf Transmission exploded in southern Kentucky, resulting in the forced evacuation of nearby residents.

According to reports, an explosion and fire occurred in Knifley, Kentucky, around 90 miles south of Louisville, injuring at least one person.

The 30in pipeline was around 20ft underground. The explosion resulted in the opening of a 40ft-to-60ft-wide crater, and a part of the pipeline was tossed across the road.

The pipeline transports fuel from the Gulf Coast to the northeast and midwest, and virtually links to every major pipeline system operating in the Gulf Coast. Columbia Gulf Transmission used valves to isolate the damaged section of the pipeline.

The company’s operating crews responded to the alert immediately, and determined that the pipeline had got ruptured. The cause of the pipeline failure is yet to be discovered. The company is currently working with federal investigators.

Image: Explosion of the 30in pipeline occurred in Knifley, Kentucky. Photo: courtesy of Praisaeng / FreeDigitalPhotos.net.