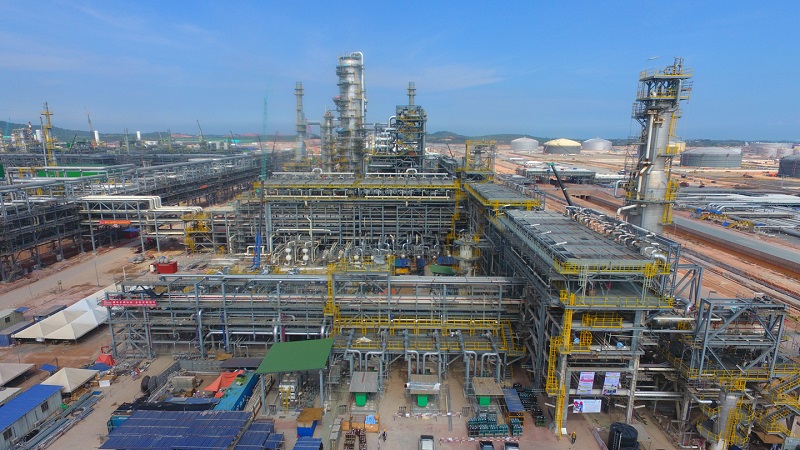 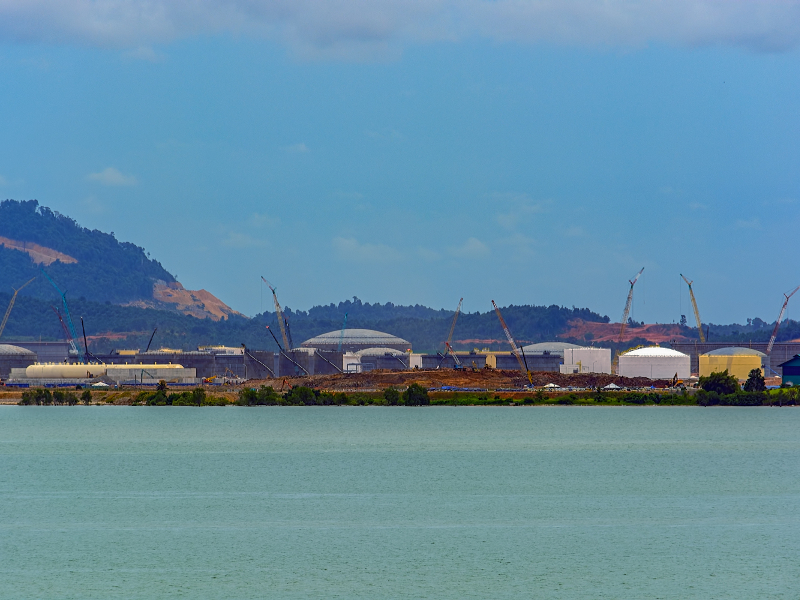 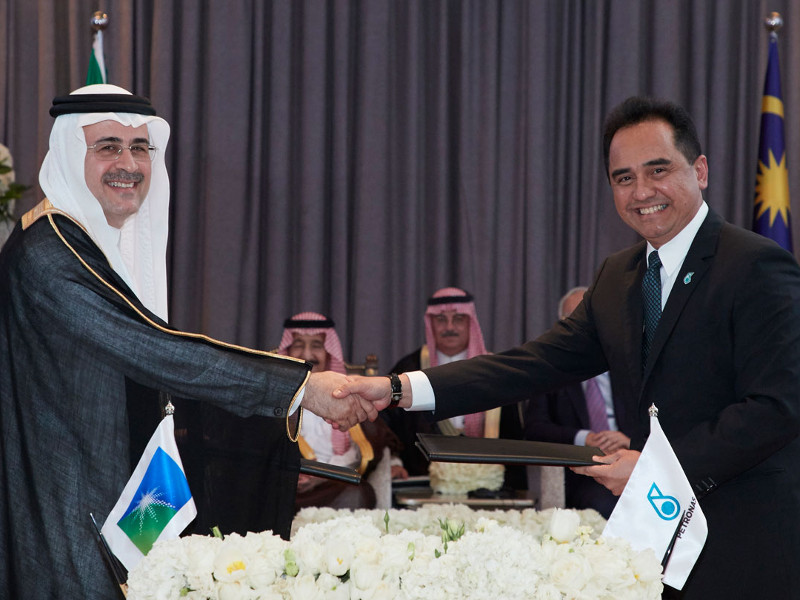 The refinery and petrochemical integrated development (RAPID) project and other associated facilities are part of the Pengerang Integrated Complex (PIC) in Pengerang, Southern Johor, Malaysia.

The project was developed by a joint venture (JV) of Malaysian oil and gas company Petroliam Nasional Berhad (Petronas) and Saudi Aramco, which is the national oil company of Saudi Arabia.

Saudi Aramco will supply half of the crude feedstock requirements of the refinery while Petronas is responsible for providing the power, natural gas and other utilities. The two companies share the JV’s production offtake rights equally.

Launched in May 2012, PIC is part of the larger 22,000-acre Pengerang Integrated Petroleum Complex (PIPC) proposed by the Johor Government. Total investment for the PIPC project is approximately MYR97bn ($27bn), of which the RAPID project costs MYR57bn ($16bn) and the associated facilities MYR40bn ($11bn).

A feasibility study and a site topographical survey and soil investigation work for the project were completed in October 2011. Front-end engineering design (FEED) and environmental impact assessment studies were also completed.

In April 2014, the Petronas board of directors approved the final investment decision (FID) for the RAPID project. Construction of the facilities was completed in November 2018. The project employed approximately 70,000 workers during construction and is expected to generate 4,000 new jobs post-completion.

The refinery began trial runs at the crude distillation unit (CDU) in 2019. However, the project was shut down for safety checks after a fire broke out at the atmospheric residue desulphurisation (ARDS) unit. Petronas restarted the CDU in August 2019.

Spanning 6,239 acres, the PIC site lies approximately 400km south of Kuala Lumpur. The location enables the easy transport of finished products to the market. The complex covers an area of 2,000ha and includes a crude oil refinery and petrochemical complex capable of processing 300,000 barrels per day (bpd). The two projects will collectively produce 7.7 million tonnes per annum (Mtpa) of differentiated and speciality chemicals, such as synthetic rubbers and high-grade polymers.

The RAPID Pengerang project refinery is designed to produce gasoline and diesel that meet Euro 4 and Euro 5 fuel specifications. It also supplies feedstock for the petrochemical complex, which creates highly specialised chemicals. The refinery uses modern technologies to develop these products and follows stringent environmental regulations.

The PIC project includes the construction of associated facilities, including a naphtha cracker complex with a capacity of 3Mtpa of propylene, C4 and C5 olefins and a petrochemical and polymer complex to produce C4 and C5 derivates.

An agreement was signed with Itochu and PTT Global Chemical in May 2012. The two companies will cooperate to develop several downstream units for the complex.

In June 2012, Petronas and BASF signed an agreement to develop two projects, including the RAPID project. The two companies agreed to build facilities for the production of polyisobutylene, isononanol, non-ionic surfactants and methanesulfonic acid. Some of these facilities are part of the RAPID project.

BASF signed this agreement as part of its plans to generate 70% of its sales from the Asia Pacific region. It already operates the Gebeng complex along with Petronas through BASF Petronas Chemicals.

In January 2013, Petronas signed a partnership agreement with Evonik Industries to collaborate to develop chemical facilities that produce hydrogen peroxide, C4 co-monomer and oxo-products. The chemical plants produce up to 250,000t per year of hydrogen peroxide, 220,000t of isononanol (INA) and 110,000t of 1-butene.

“Petronas broke ground for a Pengerang co-generation plant (PCP) in the PIC complex in November 2014.”

The PCP has four co-generation units and generates 1.22GW of electricity and supplies power to the entire PIC complex. It also provides a continuous supply of steam up to 1,480t an hour for plants within the complex.

In November 2014, Petronas awarded a contract to construct polypropylene (PP) plant in the Petronas RAPID complex to an US-based LyondellBasell’s Spherizone and Spheripol polypropylene process technologies. The PP plant creates a wide range of PP products and has a production capacity of producing 900,000t per year.

Petronas is also exploring the viability of constructing a liquefied natural gas (LNG) terminal to support the RAPID Pengerang project. The LNG terminal will include natural gas receiving facilities for LNG carriers and a tie-in to the Peninsular Gas Utilisation system.

The PCP was constructed by a consortium of three firms, including Siemens AG, Siemens Malaysia and MMC Engineering.

The engineering, procurement, construction and commissioning (EPCC) contract for a refinery package was awarded to Técnicas Reunidas in August 2014. Punj Lloyd received a $581m contract from Petronas for RAPID Tank Farm project in September 2014.

In October 2014, the Fluor and Technip joint venture (JV) was selected to provide engineering, procurement and construction management (EPCM) services for the project. Technip supplied three hydrogen reformers as part of the hydrogen production facility at the RAPID project.

An agreement was signed between Petronas, Dialog Group Berhad and Royal Vopak to develop an industrial terminal in Pengerang to serve the RAPID project in December 2014.

In September 2015, Mudajaya Group was awarded a MYR489m ($113m) EPCC contract to build a workers village and temporary structures for the utilities, interconnecting and off-site (UIO) facilities for the project.

PRPC Utilities and Facilities (PRPC UF) entered a contract with VA Tech Wabag, Muhibbah Engineering and Wabag-Muhibbah JV for the FEED and EPCC of the effluent treatment plant (ETP) for the project.

Bina Puri Holdings is responsible for the civil works in a Steam Cracker Complex in RAPID project. DASCO was also involved in project development.

Expansion of the petrochemical industry in Malaysia

The project expands Petronas’ capability to produce premium petroleum products and speciality chemicals. Demand for such high-value products is increasing, especially in the Asia Pacific region. The RAPID project enables Petronas to meet this demand for the next 20 years.

Development of the project is also in line with Malaysia’s aim to establish new areas of growth, aimed towards improving people’s quality of life. The petrochemical industry has been identified as the main sector for achieving this growth.

The RAPID project is expected to help transform Southern Johor into a new petrochemical hub. Several employment opportunities are also expected to be created in the region by suppliers and related industries.

Petronas also operates petrochemical complexes in Melaka, Kerteh and Gebeng. The RAPID project is expected to spur economic growth in the region, as well as attract domestic and foreign direct investments into the country.