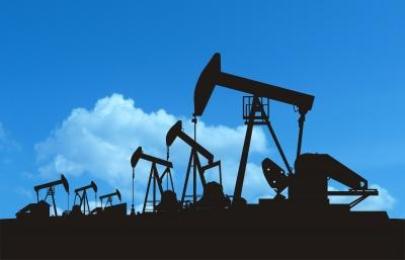 The well, which is located on licence PEDL 181, will be a straight hole, about 2,500m deep. It is designed to test a 2.9 million barrel oil target.

It is targeting oil in Upper Carboniferous sandstone reservoirs. The company said success at Kiln Lane has the potential to open up several other exploration prospects in the area.

US President Barack Obama has vetoed a bill to approve the Keystone XL oil pipeline project.

The US House of Representatives has recently passed S.1, the Keystone XL Pipeline Approval Act, on a 270-152 vote.

The 1,897km crude oil pipeline was proposed to start in Hardisty, Alberta, and extend south to Steele City, Nebraska.

It was planned to carry about 830,000 b/d of Canadian and Bakken crude to the US Gulf Coast.

Bonterra Energy has agreed to acquire several oil and gas assets in Canada from a senior oil and gas producer for $172m.

The transaction, which is subject to regulatory approvals, is expected to be completed by mid-April.

The acquired assets in the Pembina Cardium area of Alberta include upper zones in the Belly River and Edmonton sands.

A production base will complement the existing acreage of Bonterra, and will expand the company’s long-term drilling locations.
Bonterra said the assets have an 86% weighting to light oil and natural gas liquids.

EMH owns the assets that Devon Energy contributed to EnLink Midstream in March 2014.

The assets, which include gathering and processing systems in North Texas and Oklahoma, have fixed-fee contracts with minimum volume commitments.

UGI plans to build new natural gas pipeline in US

The 20-inch pipeline, which is expected to start services in early 2017, will have the capacity to transport 200,000 Dth per day of natural gas.

Its primary customer will be the Hummel Station power plant, which is anticipated to be operational in the second half of 2017.

Phillips 66 has agreed to sell its interests in two natural gas liquids (NGL) pipeline systems and a refined products system to its affiliate Phillips 66 Partners in a $1.01bn cash-and-stock transaction.

The transaction, which is planned to be completed in early March 2015, will be accretive to the Phillips 66 Partners and its unit holders.

Energy infrastructure firm Kinder Morgan has acquired Hiland Partners for about $3bn, including the assumption of $1bn of debt.

The company’s operations are primarily located in the Mid-Continent and Rocky Mountain regions of the US.

GE Oil & Gas has signed a memorandum of understanding (MoU) to support Kuwait Oil Company (KOC) in research and development (R&D) projects for the oil and gas sector.

KOC is a subsidiary of Kuwait Petroleum Company (KPC), which launched a 2030 growth plan across the hydrocarbon value chain.

The MoU promotes cooperation in the state of Kuwait in R&D and technology innovations, education and training.

GE will provide specialised training programmes for engineers and support KOC in co-creating new solutions in the oil and gas sector.