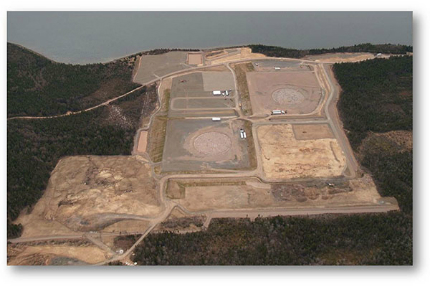 The final investment decision (FID) for the project is expected to be made in late 2015, or early 2016.

Bear Head LNG (BHLC), a wholly-owned subsidiary of Liquefied Natural Gas Limited (LNGL), is the developer. The facility is expected to start commercial operations in 2019, and its capacity is expected to be increased to 12mtpa by 2024, based on market demands.

The LNG project is expected to generate 45 to 70 permanent direct jobs, 175 permanent indirect jobs, and 600 to 700 jobs during the construction phase. It will shorten the shipping distance to major European markets by half compared to US Gulf ports, and provide easier access to major natural gas markets including India and Argentina.

The project was first proposed as an LNG import facility with a nameplate capacity of 4mtpa by Access Northeast Energy (ANEI), which developed the project from 2001 to 2004. ANEI sold the project to Anadarko in 2004 and the latter performed detailed engineering, Including the construction of two LNG tank foundations and civil works involving land clearing, site levelling, utilities, access, and site roads.

The development was halted during 2006-2007 due to changing market conditions. Up to $100m was spent on construction, front-end engineering and design (FEED) prior to the halt.

LNGL acquired Bear Head LNG (BHLC) from Anadarko Petroleum for $11m in August 2014 and proposed to make modifications to the existing 12 construction and environmental permits in October 2014, as well as double the production capacity.

Bear Head LNG filed an export application with the Canadian National Energy Board (NEB) in November 2014 for the export of up to 12mtpa of LNG and import of up to 503 billion cubic feet (bcf) of gas from the US for a term of 25 years. It also filed an application with the US. Department of Energy (DOE) in December 2014 for the export of natural gas from the project to both free trade agreement (FTA) and non-free trade agreement (Non-FTA) nations.

An updated and amended permit to construct the facility was awarded by the Nova Scotia Utility and Review Board (UARB) in March 2015.

"The final investment decision (FID) for the project is expected to be made in late 2015, or early 2016.

The project will involve the construction of 2mtpa or 4mtpa LNG trains and also the construction of LNG ship berthing marine facilities capable of berthing vessel sizes ranging from 125,000m3 to 267,000m3, and installation of two LNG storage tanks with a volume of approximately 180,000m3 each.

A new pipeline measuring approximately 60km (37mi) long will be constructed to connect with Spectra Energy Partners’ existing Maritimes & Northeast Pipeline (M&NP) for the supply of feed gas to the project site.

The structural design works for the project were performed by CBCL under a contract offered by Anadarko, whereas the engineering services and procurement of certain materials for the construction of the two LNG storage tanks were performed by Horton CBI.

The FEED studies for the project prior to halt were performed by KBR. Detailed design and engineering works for the 8mtpa Magnolia LNG, earlier being implemented by LNGL’s subsidiary Magnolia LNG, are now being integrated with the Bear Head LNG project to fast-track the project.