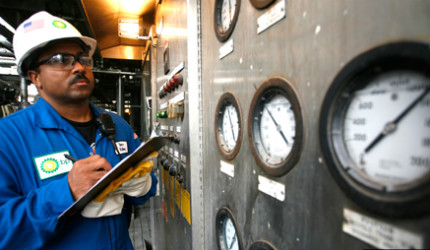 The Toledo Refinery is situated in Oregon, Ohio, US. Spread over an area of 585 acres, the refinery has a design capacity of 155,000 barrels per day (bpd) of crude oil. The facility was originally constructed by Standard Oil.

The existing refinery was rebuilt in 1938 and expanded to carry out more than one process. In 1958, it was rebuilt to include an integrated unit which enabled smooth flow of crude oil to various processing units. Additional units were added in 1966 and 1993.

In 1999, BP launched a $235m project to enable the refinery to process heavy sour crude. Another $95m was spent in 2004, on a Cleaner Fuels programme which enabled the refinery to produce low-sulphur gasoline and diesel. The project involved expansion of two existing hydrotreater units and a hydrogen plant.

Other facilities at the refinery include a steam plant and a wastewater treatment unit. The refinery also has 200 storage tanks with the largest tanks having a capacity to store 10 million gallons of storm water.

In January 2010, BP-Husky Refining announced a major upgrade programme for the refinery. The $400m project included the replacement of two existing catalytic reformers and a hydrogen plant with a single 42,000bpd reformer. The project was the largest investment announced at that time. Its construction was completed in March 2013.

The new reformer is built to boost the refinery’s gasoline production capacity and improve the existing infrastructure. The reformer uses state-of-the-art reforming and catalyst regeneration technology to transform naphtha into high octane gasoline blend stocks. The advanced reforming technology helps in reducing air emissions by over 5%.

Since the reformer is replaced with two units, it is operated at lower pressures and produce higher quantities of gasoline and hydrogen per barrel of feedstock. The gasoline produced by the reformer has lower vapour pressure which helps the facility to meet future environmental regulations.

The first step in the refining process involves cleaning and desalting of the crude oil. The next step is distillation in which oil is heated in a distillation column. Different contents of the crude oil evaporate at various boiling points and are collected in stacks of trays.

"The refinery is operated by the BP-Husky Refining joint venture."

The collected hydrocarbons are further processed using cracking and reforming processes to produce higher quantities of gasoline, kerosene and diesel. The products are then blended and treated to conform to environmental standards.

State-of-the-art technology is used to control the product mix from a central control room. The product mix can be altered depending on the demand.

In March 2010, KBR won the contract to provide engineering, design, procurement and support services for new reformer. KBR executed the project from its Houston, Monterrey and Mexico offices. KBR had earlier carried out the front end engineering for the upgrade.

The Dakota Prairie Refinery will process crude oil to produce diesel, as well as other hydrocarbons..=

The refinery is operated by the BP-Husky Refining JV in which BP and Husky Energy have 50% ownership each. The JV was formed in 2008. As part of the JV, BP bought 50% share of the Husky-operated Sunrise field in Alberta. Husky in turn bought 50% share in the Toledo refinery.

The partners plan to invest $2.5bn in the refinery by 2015 to increase processing capacity and enable it to process crude oil produced at the Sunrise field. Located in the Canadian oil sands, the Sunrise field produces bitumen which is heavy, black and viscous in nature. The investment will increase the capacity of the refinery to 170,000bpd of heavy oil and bitumen.

The new investment, announced in January 2010, was planned before the formation of the JV and is not part of the crude upgrade programme for the refinery.