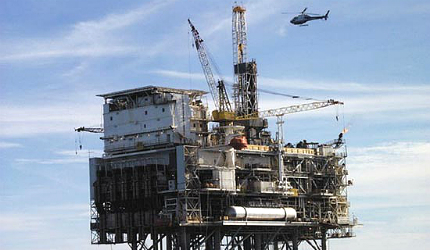 These fields were estimated to have reserves of 13.3 trillion cubic feet of dry gas and 360 million barrels of condensate with a field life of 40 years.

The Browse LNG project is being carried out by the East and West Browse joint ventures operated by Woodside Energy. Although planning has been underway since 2006, the final decision about where to build the 10mtpa LNG facility was made in February 2010.

"The Browse LNG project is being carried out by the East and West Browse joint ventures operated by Woodside Energy."

The James Price Point, which lies 60km north of Broome in Western Australia, was selected as the project location. It will include an onshore three-train LNG facility, 1,200km subsea pipeline infrastructure, a central processing facility and three tension leg platforms.

In February 2010, the project entered its design phase. The contract for this phase was awarded to Bechtel Oil, Gas and Chemical, Bechtel Australia and Kellogg Brown & Root (KBR). During this phase, the major design parameters were determined to allow the optimal development of the gas fields offshore and facilities onshore at the Browse LNG Precinct.

The design phase was followed by the project’s front end engineering and design (FEED). Woodside received environmental approvals from Western Australia’s Environment Protection Authority in July 2012. Final investment decision on the project has been postponed from mid-2012 to mid-2013. The postponement was also approved by the government in April 2012. The facility is expected to be online by 2017.

Shareholders in the Browse LNG project include majority stakeholder Woodside with 46%, BHP Billiton, BP, Chevron and Shell. In August 2012, Shell decided to acquire Chevron’s share in the project for $$450m. With the acquisition, Shell became the second highest stake holder in the project after Woodside with 35%.

In March 2008, Woodside Energy signed an agreement with CPC Corporation of Taiwan to supply A$45bn (2-3mtpa) of LNG from the Browse project. It was forecast that Taiwan’s gas demand will increase to 16mtpa by 2025.

Woodside also signed an agreement with PetroChina to supply 2mtpa of LNG from the Browse project. Negotiations were undertaken with PowerGas of Singapore to supply the new LNG terminal being constructed on Jurong Island. Woodside Energy is seeking two more customers to take LNG from the new project.

One of the proposals for the siting of the LNG liquefaction trains was as an offshore facility at the South Scott reef.

This possibility was investigated by Foster Wheeler Energy, a shareholder in the project, along with Worley Parsons Services. This option would be cheaper than a land-based facility because the gas fields are located near the reef.

There were many considerations for this proposal beyond the technical aspects, including the rights of Indonesian fishermen on the reef and the impact on the environment.

The offshore option was considered more economical than onshore. Land-based sites on the Dampier peninsular were considered by a joint venture consisting of Technip, Chiyoda and Fluor, which was awarded an engineering contract by Woodside Energy at the end of 2007.

Construction costs for the LNG terminal are estimated to be A$30bn.

Warro tight gas field is located in blocks EP 407 and EP 321 onshore, within the Perth Basin in Western Australia.

Browse Upstream Development, which is Woodside’s environmental assessment process, consists of a gas collection system and infrastructure to facilitate the manufacture and transportation of natural gas and products from the Torosa, Breaknock and Calliance gas fields.

Woodside passed on a referral for the Browse Upstream Development to the Commonwealth Department of Environment, Water, Heritage and the Arts.

Subsequent to compliance of the referral, the Commonwealth Minister for the Environment and Heritage set an environment impact statement level of assessment on the project. The Browse Upstream Development component did not include the location of the LNG facility and its infrastructure.

Woodside, along with its Browse joint ventures associates, assessed 41 options for the suitable location of the LNG processing facilities. The assessment was carried out on an environmental, social, technical and economic basis.

In April 2009, Woodside entered an agreement regarding the establishment of the LNG precinct in the James Price Point area, north of Broome. The agreement was signed by the state of Western Australia and the Kimberley Land Council.

The conditions were met in 2010 and the agreement was converted into an ‘indigenous land use agreement’. It enabled the state to secure land for the LNG precinct at James Price Point.

In June 2011, an agreement was signed by Woodside, the Goolarabooloo Jabirr Jabirr native title claim group and the state of Western Australia for securing land for the project.

The Ichthys liquefied natural gas (LNG) terminal is part of the $34bn Ichthys LNG project in Darwin, the capital city of the Northern Territory in Australia.

Fluor Offshore Solutions was awarded a FEED services contract in February 2011 for the offshore central gas processing facility of the project. The contract also includes FEED services for a utilities accommodation platform, a compression platform and steel jackets.

Fluor collaborated with McDermott International for the float-over installation and steel jackets design.

In February 2011, CJV, a joint venture of Chiyoda, CB&I and Saipem, was awarded the FEED contract to provide onshore facilities of the project.

In April 2011, Aker Solutions and Modec were awarded the FEED contract for two dry tree units to be installed over the Brecknock and Calliance fields. The units will be later configured as tension leg platforms. FEED services for the subsea infrastructure and pipelines is being provided by JP Kenny.

In June 2012, KCA Deutag was awarded a FEED contract for the 3,000hp modular platform drilling rig (MPDR) of the project. The MPDR will be able to drill gas wells to a depth of 29,528ft.

Australia Pacific LNG is a coal seam gas (CSG) to liquefied natural gas (LNG) project under construction in Queensland. The scheme includes the development of CSG fields in the Surat and Bowen Basins, a transmission pipeline and a two-train LNG facility on Curtis Island, near Gladstone.