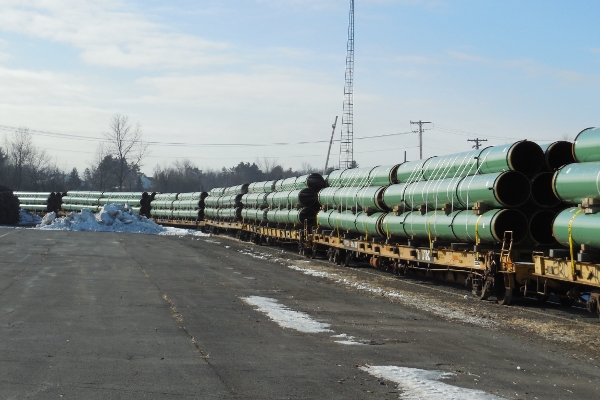 Constitution Pipeline plans to start construction on a new natural gas transmission pipeline for delivering natural gas from Marcellus supply region in northern Pennsylvania to the New England and New York markets. The new pipeline will be regulated by the Federal Energy Regulatory Commission.

Constitution Pipeline is a joint venture formed by Williams Partners, Piedmont Natural Gas, Capitol Energy Ventures (a subsidiary of WGL Holdings), and Cabot Oil and Gas. Williams Partners is responsible for the construction, operation and maintenance of the pipeline.

The Environmental Impact Statement (EIS) for the Constitution pipeline was issued in February 2014. Construction of the new pipeline is expected to commence in April 2014 and operations are expected to begin in March 2015.

The project is estimated to create approximately 1,300 jobs and, upon completion, will contribute $13m of revenue in the form of new annual sales, income and property tax to the state.

The project involves the construction of a 124 mile-long (200km), 30-inch-diameter pipeline and two metering and regulating (M&R) stations, and associated support facilities such as mainline valves (MLVs), blow down valves, two side taps, and pig launcher and receiver facilities.

The new pipeline will have a maximum allowable operating pressure of 1,480 pounds per square inch gauge (psig).

An agreement was made with Leatherstocking Gas in March 2014 to install four delivery interconnects along the proposed pipeline route for facilitating natural gas distribution service to locals.

The proposed pipeline will be buried underground originating from the Marcellus production areas in Susquehanna County, Pennsylvania. The pipeline is expected to connect the Williams Partners’ gathering system to the Iroquois Gas Transmission and Tennessee Gas Pipeline systems in Schoharie County, New York.

A 15-year lease agreement was made with Iroquois Gas Transmission, to inter-connect its Wright compression station with the proposed Constitution Pipeline. The interconnection will help in the transfer of approximately 650,000dt/d of natural gas from the Constitution Pipeline terminus in Schoharie County to both Iroquois and the Tennessee gas pipelines.

The Turnpike Road M&R station construction will require 4.9 acres (1.98) of land of which 3.1 acres (1.25ha) will be permanently used for operations. It will comprise of the first MLV, interconnecting piping, and a pig launcher.

The Westfall Road M&R station construction would need 3.3 acres (1.33) of land including 2.3 acres (0.93ha) for operations. The station will comprise of an MLV terminus (No. 11), interconnecting piping, and a pig receiver.

The new Sutton Road and White Road Tie-ins and the MLVs will be entirely constructed within the permanent right-of-way.

"The new Sutton Road and White Road Tie-ins and the MLVs will be entirely constructed within the permanent right-of-way."

The infrastructure to be built under the project includes a new 32,000hp gas turbine compressor station at Schoharie, New York, and six temporary contractor yards.

Standard, sequential assembly line installation technique will be used for primary pipeline construction in upland areas. Construction at the steep side-slopes will be carried out using two-tone cut and fill method.

URS conducted the archaeological survey of a 600ft corridor that extends 300ft to either side of the centreline of the pipe.

Dura-Bond was awarded a contract worth $20m to supply 33 miles (53.1km) of 30-inch diameter steel pipe for the pipeline.