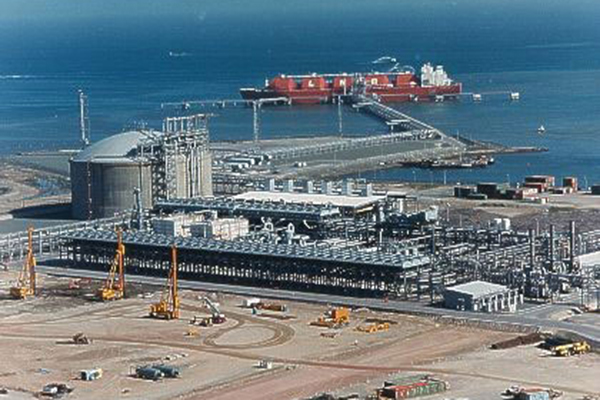 The planned facility, which will be constructed on the site of the now defunct Elk Falls Mill, will consist of natural gas liquefaction, storage and on-loading facilities. It will have an annual production capacity of 20Mtpa of LNG and will require approximately 2.86 billion cubic feet a day (bcf/d) of feed gas. The produced LNG will be exported to Asia’s Pacific Rim markets.

On 28 July 2014, Quicksilver Resources had applied for an export license seeking permission to export up to 20 million tonnes per annum (Mtpa) of liquefied natural gas from its proposed site for a period of 25 years.

"The proposed LNG exports could begin as early as 2021 and full capacity is expected be reached by 2024."

On 30 June 2015, the National Energy Board (NEB) granted consent to Quicksilver for exporting LNG from the Discovery LNG site. The proposed LNG exports could begin as early as 2021 and full capacity is expected be reached by 2024.

The site for the proposed project was earlier home to a pulp and paper processing facility that shut its operations in 2009. Quicksilver is currently clearing and disposing off the remaining equipment and taking measures to check contamination at the site.

The site was chosen because of the availability of a deep water port, presence of undeveloped land, experienced workforce and labour availability, presence of pressurised pipeline gas supply that simplifies LNG refrigeration process, existing infrastructure facilities such as roads, power and light, and a shipping channel with abundant turning radius for LNG carriers.

Details of the proposed LNG facility

The Discovery LNG project is planned to consist of four liquefaction trains and an LNG storage facility, a marine berth with related bulkhead, dock and mooring infrastructure that will aid in the docking and loading of LNG carriers.

Merrick Mainline Project is a proposed natural gas pipeline to be constructed by NOVA Gas Transmission, a subsidiary of TransCanada PipeLines (TransCanada).

A loading arm will offload the produced LNG into the carriers for transporting to export markets.

The Discovery LNG facility will primarily receive processed natural gas from Quicksilver’s sites in the Horn River Basin in north-east British Columbia that have estimated gas in-place volumes of approximately 37.5 trillion cubic feet (tcf). Quicksilver also has 200bcf of proven reserves in Alberta that could also add to the supply pool available for Discovery LNG exports.

LNG storage and safety at the Discovery project

Specially-designed LNG storage tanks having a net capacity between 150,000m³ and 180,000m³ will be used for the natural gas produced at Discovery LNG. The carriers will be insulated to maintain the temperature of the natural gas.

All containment structures will be constructed from low temperature-resistant materials, such as high-nickel content steel alloys, aluminium, stainless-steel and reinforced concrete, to prevent leakages in the LNG structures.

The vapour pressure, temperature and liquid level will be monitored from time to time, and gas sensing equipment will be installed outside the primary containment to detect any leaks.