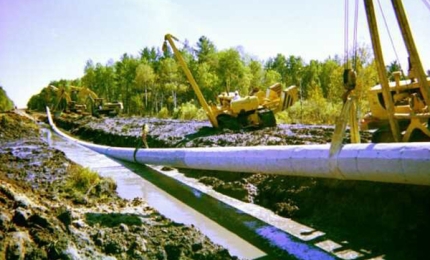 NGTL intends to built the new pipeline and related facilities to address the rising demand for natural gas in the area.

The project is currently on hold in response to changing market conditions.

The pipeline is proposed to be built in the Peace River and Caribou regional districts. It will be an extension of the NGTL System, connecting the Western Canadian Sedimentary Basin (WCSB) gas supply to BC, Pacific Northwest and emerging LNG export markets via the NOVA Inventory Transfer (NIT) gas market hub.

It will start from the Groundbirch Mainline, 35km west of Dawson Creek, and end near Summit Lake, which is located 42km north of Prince George.

NGTL will be responsible for managing the field studies, environmental and socioeconomic assessments, engineering design, aboriginal and stakeholder engagement, regulatory consultation and other related activities required to advance the project proposal.

“The pipeline is currently slated to come online in the first quarter of 2020, subject to regulatory approvals.”

The company signed an agreement with Chevron and Apache in June 2014 for the transportation of approximately 1.9 billion cubic feet (bcf) of natural gas a day to support the development of the Merrick Mainline project.

The proposal phase of the project began in 2013 and the pipeline is currently slated to come online in the first quarter of 2020, subject to regulatory approvals.

The applications, field studies, and community engagement programmes have been temporarily suspended as of November 2017.

Merrick Mainline will include an approximately 260km (161mi) long, 48in-diameter natural gas pipeline, as well as corresponding facilities and components such as valve sites, an interconnect meter station, launcher and receiver facilities, cathodic protection facilities and other ancillary works.

In addition to permanent fixtures, certain temporary infrastructures will also be built such as access roads, construction camps, stockpile sites and contractor yards.

New power transmission lines are scheduled to be constructed in order to meet the power requirements of the metering facility, valve sites and grounding beds.

The lines will be owned and operated by third-party power providers.

The Merrick Mainline will begin as a tie-in with the existing Groundbirch mainline and end at the proposed Merrick interconnect meter station near the Summit Lake.

Following a south-westerly direction from the Groundbirch mainline, the pipeline will cross the Murray and the Sukunka rivers and then run on a south-southwesterly route. It is then expected to cross the Burnt and Parsnip Rivers before finally terminating at the Merrick interconnect meter station.

Benefits of the Merrick Mainline project

The proposed pipeline will ensure the safe transmission of natural gas on the NGTL system. It is expected to boost the regional economy by creating employment opportunities during the construction and operation phases.

The project is also anticipated to promote local businesses by generating a demand for various local amenities and services, including food and housing, hardware, industrial parts, automotive parts and servicing, in addition to fuel and other supplies.

The NGTL system is an integrated natural gas pipeline network set-up in north-eastern BC and Alberta. It encompasses approximately 24,400km of pipelines and related facilities.