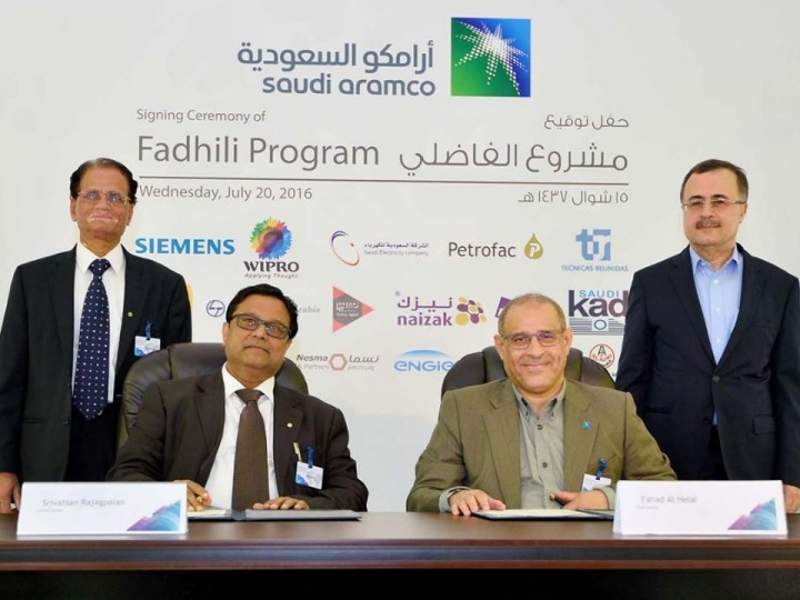 A signing ceremony was held for the Fadhili gas project where contracts were let for the $13.3bn project. Credit: Saudi Arabian Oil Co. 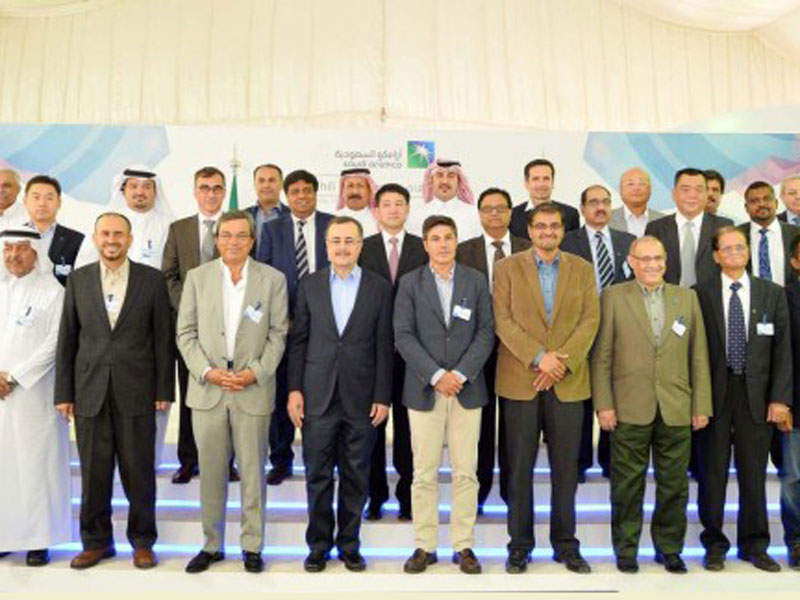 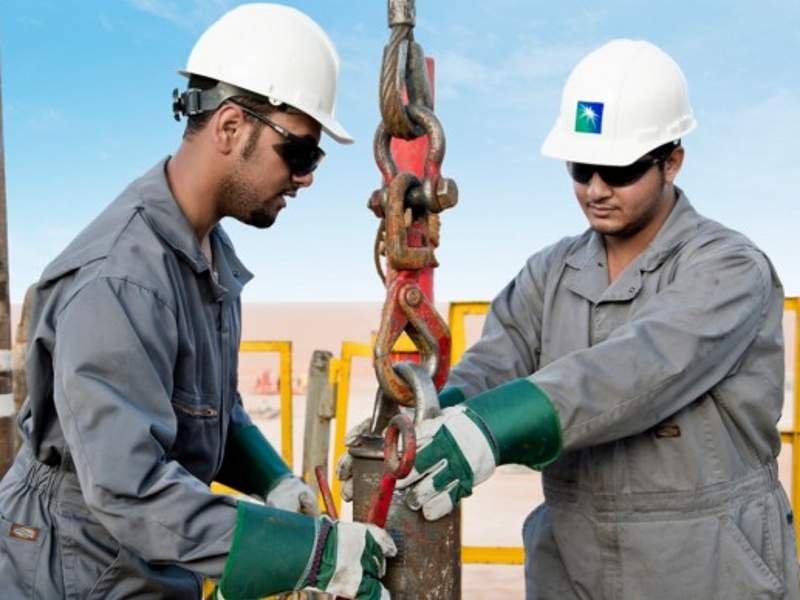 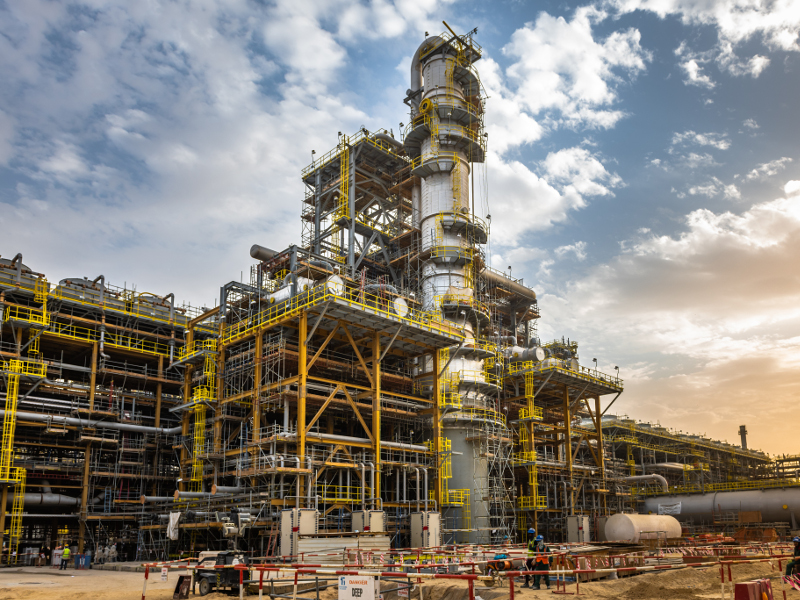 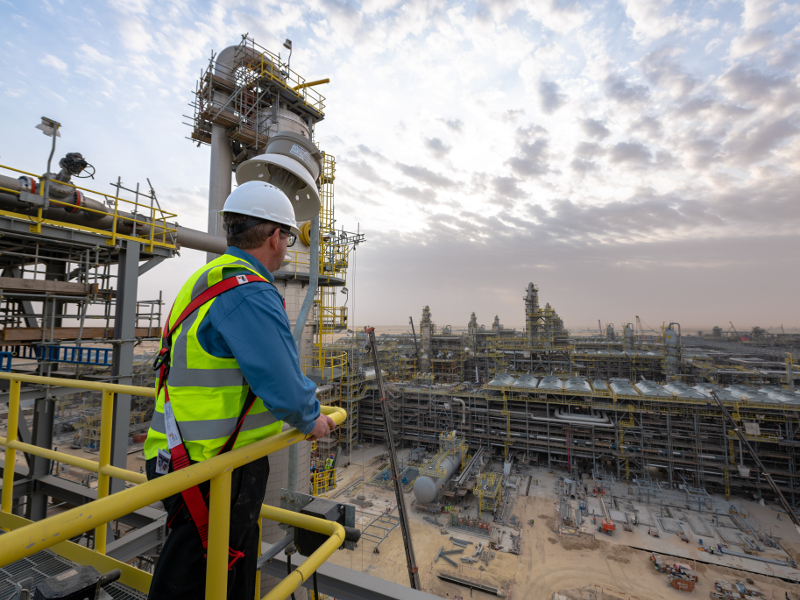 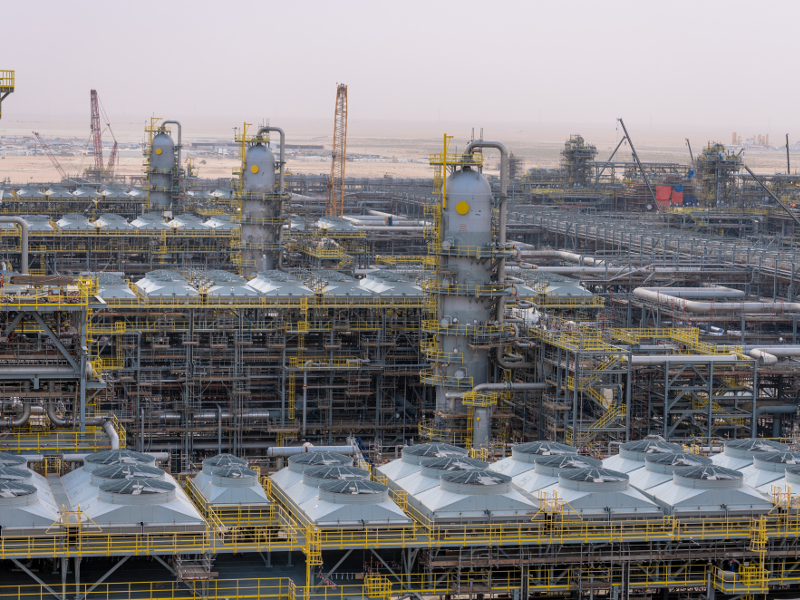 The facility was built by Fadhili Plant Cogeneration Company (FPCC) with an estimated investment of SAR50bn ($13.3bn). It is operated by Saudi Aramco, ENGIE and Saudi
Electricity Company.

Fadhili is a notable part of Saudi Arabia’s proposed Master Gas System that has been planned to fulfil the increasing energy demand in the country by expanding the kingdom’s sales gas capacity from 9.3bcf/d in 2015 to 12.2bcf/d in 2021. An estimated addition of 5bcf/d is expected to occur in the country’s non-associated gas processing capacity with the addition of the Wasit, Midyan, and Fadhili gas plants.

A signing ceremony for the project was held on 20 July 2016 to signal the start of the mega project and construction started late that year. Out of the five gas turbines of the plant, the first two were fired in February 2019. The project supplies energy through the clean-burning of natural gas and helps lower the country’s reliance on oil as a fuel for generating power.

The plant will generate 4,500 employment opportunities, including both permanent and temporary jobs, benefitting the locals. A training centre was set up in collaboration with project contractors and government agencies to impart a Fadhili training programme to develop technical skills.

The gas plant produces 1.5bcf/d of sales gas and 4,000 metric ton a day of sulphur. It also yields 470mmcf/d of gas that is supplied to a co-generation power plant located nearby, which was constructed as part of the gas project.

Construction of the gas plant was divided into three parts, namely gas processing unit, utilities and offsite facilities such as nitrogen, steam, power and water systems, and sulphur recovery.

Gas from the offshore field is directly supplied to the adjacent co-generation plant after being processed in the treatment system, which has been optimised accordingly. The gas plant has a maximum sulphur recovery of 99.9% due to the adoption of a tail gas treatment process.

The operator plans on adding a helium recovery plant and a CO2 recovery unit for checking emissions in the future as part of the Fadhili gas plant.

The cogeneration power plant was constructed by a joint venture of Saudi Aramco (30%), ENGIE (40%), and Saudi Electricity Company (60%).

The co-generation plant has a capacity of 1,500MW, including 400MW for the gas plant, while the remaining 1,100MW is supplied to the national grid. The project was developed as per a build, own, operate and transfer system (BOOT) agreement that is valid for a period of 20 years. Saudi Electricity Company is the off-taker for electricity, while Saudi Aramco is the steam off-taker and will feed water for 20 years under the agreement.

Doosan Heavy Industries & Construction is the engineering, procurement and construction (EPC) contractor for the project. Lahmeyer International, a subsidiary of Tractebel, is the owner’s engineer, while Siemens supplied gas turbines for the project.

Tecnicas Reunidas was awarded two turnkey contracts including detailed engineering, procurement and the supply of equipment and materials. It also provided services for the construction of the plant and assistance during the commissioning. The two contracts are related to the Fadhili gas inlet and treatment facilities, utilities and interconnecting systems.

Petrofac was selected to perform EPC of the sulphur recovery plant. The scope of work included the construction of six sulphur recovery trains and associated facilities for the sulphur and heavy-duty oil handling, loading, unloading and storage, sour water stripper, flare system and wastewater treatment plant.

Foster Wheeler was contracted for providing engineering and project management services, as well as the execution of the FEED. Cost estimates, procurement of long-lead equipment and basic engineering design were also performed by Foster Wheeler.

AlKifah ready-mix and blocks was selected to supply building material for the construction of the project. A contract for design and implementation of communications and security systems was awarded to Wipro. Luxsolar has provided the AWL Aircraft warning light systems for the project.

A consortium of L&T Hydrocarbon Engineering and EMAS CHIYODA Subsea was given a $1.6bn EPCI contract for performing work on the Hasbah gas field. The companies were responsible for providing pipelines for transporting gas from the field to the gas plant.