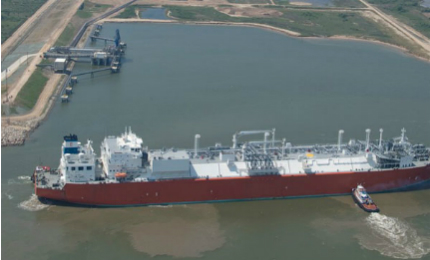 The expansion proposal was a result of the increase in the country’s gas resources, due to the shale gas boom in recent years. The permits to export liquefied natural gas (LNG) from the project to free trade agreement (FTA) countries and any other non-FTA countries were granted by the US Department of Energy (DOE).

The Federal Energy Regulatory Commission (FERC) granted its final approval for the project in July 2014. Each of the three liquefaction trains will have a design capacity of 4.64 million tonnes per annum (mtpa).

More than 5,000 people will be involved during the peak construction phase and 300 permanent jobs are expected to be generated once the facility is operational. The project will also benefit the country by generating revenues between $5.1bn and $7.4bn a year.

The Cameron Liquefaction project involves the construction and addition of natural gas liquefaction and export facilities to the existing LNG regasification facility at Cameron LNG.

Up to two billion cubic feet a day of pipeline-quality natural gas (feed gas) will be sourced from the interconnected intrastate pipeline systems via Freeport LNG’s existing Stratton Ridge meter station for liquefaction.

Prior to entering the liquefaction process, the gas will be pre-treated at the company’s existing metering, compression and underground storage facilities near Stratton Ridge and conveyed to the terminal for processing via its existing 42in-diameter gas pipeline.

Liquefied gas will be stored in LNG storage tanks and exported by employing LNG carriers at the Freeport Harbor Channel.

The liquefaction trains will employ the proprietary propane pre-cooled mixed refrigerant process developed by Air Products and Chemicals. The company will supply its proprietary AP-C3MR liquefaction technology and equipment, and its MCR® main cryogenic heat exchanger.

Financing for the LNG liquefaction project

“Each of the three liquefaction trains will have a design capacity of 4.64 million tonnes per annum (mtpa).”

The project is estimated to require an investment of $12.5bn. Japan Bank for International Cooperation (JBIC), Nippon Export and Investment Insurance (NEXI) and six commercial banks agreed to provide $3.85bn in debt financing for the development of the first train.

Final agreements for the same were made in October 2014. Osaka Gas and Chubu Electric will invest approximately $1.2bn on the first train. Macquarie Capital and Credit Suisse are the financial advisers to Freeport LNG for financing the first train.

IFM Investors agreed to invest $1.3bn in equity, while $4.025bn in debt financing is being provided by a syndicate of 25 commercial banks for the second train.

The third train will cost approximately $4.2bn. It will be funded through $925m in equity and $3.64bn in senior debt financing. White & Case was appointed as Freeport LNG’s finance counsel and Chadbourne & Parke worked as the lenders’ counsel for the same.

The construction contract for the third train was awarded to CB&I, Zachry Industrial and Chiyoda International Corporation.