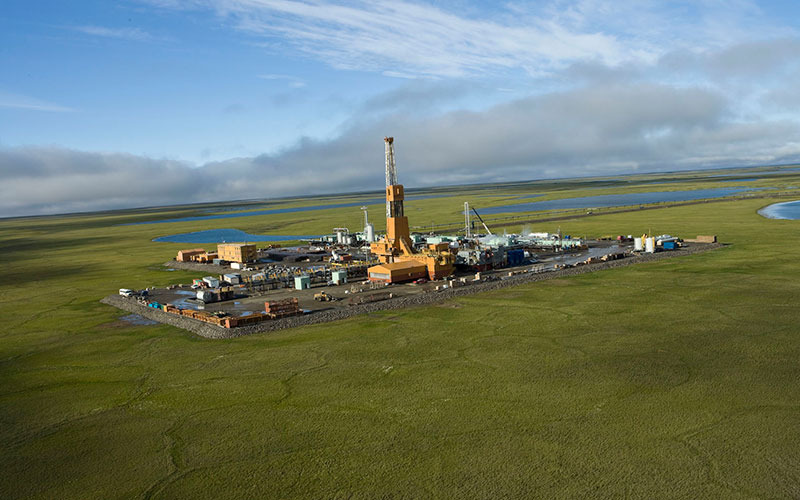 Greater Mooses Tooth (GMT) Unit Development is a US-based proposed project to develop and produce petroleum resources within the Greater Mooses Tooth area of the National Petroleum Reserve in Alaska (NPR-A). The project will be developed by ConocoPhillips Alaska as operator with a 78% interest and Anadarko with a 22% interest.

Permits to develop the Unit 1 (GMT1) of the project were obtained in 2015 from Bureau of Land Management (BLM) and Corps of Engineers 404, after they were filed by the operator in 2013. Development of the GMT1 marks the first satellite to be developed in the Greater Mooses Tooth area to explore and advance the hydrocarbon resources on the federal oil and gas lease.

Production areas from the project will include lands owned by Kuukpik Corporation, Arctic Slope Regional Corporation and BLM.

Investment on the GMT1 has been estimated at approximately $900m and first oil is expected in late-2018. Funding approval was obtained in November 2015, signalling the start of the development phase.

The project is estimated to produce 30,000 barrels of oil a day (BOD) gross at peak production. Application for developing Unit 2 (GMT2) was filed in August 2015.

The proposed unit will be developed as a satellite to Alpine field that will be connected to Colville Delta 5 (CD5) field by road. The project will also include a new gravel pad, a 7.7-mile (12.4km) road, and pipelines connecting to CD5.

A total of nine wells will be drilled initially with provision for expanding up to 33 wells. Production from the field will comprise three-phase hydrocarbons (oil, gas and water) that will be processed at the existing Alpine Central Facility, located at CD1.

The high-quality processed crude oil from the facility will be transported from CD1 by the existing Alpine Sales Oil Pipeline and Kuparuk Pipeline to the Trans-Alaska Pipeline System for shipment to market.

A major part of the project was the construction of the Tiŋmiaqsiġvik (Ublutuoch) River Bridge and the Crea Creek Bridge. More than 12 miles of pipeline, 11 acres of gravel pad and the two bridges were constructed in 2017 to support the GMT1 development. The Tiŋmiaqsiġvik (Ublutuoch) River Bridge is 350ft-long and will carry a drilling rig. Associated pipelines will be located below the bridge deck on the structural steel supports attached to the girders.

The Crea Creek Bridge is 40ft-long and is designed to carry a 1,400t drill rig module. Its bridge deck consists of a removable guardrail.

“Investment on the project has been estimated at approximately $900m and first oil is expected in late-2018.”

Located on the North Slope of Alaska within the NPR-A near the Beaufort Sea, the GMT1 lies to the west of the Colville River delta.

The proposed drilling and production pad will be approximately 14 miles (22.5km) west of the Alpine Central Facility.

The project is planned to comprise a system of pipeline segments that will include fluids pipeline and water pipelines.
The fluids pipeline with a 20in-diameter will transport crude oil, gas and water from the development to the Alpine Processing Facility.

A miscible pipeline with a 6in diameter will transport miscible injectant to GMT1 from the processing facility and will be tied-in at CD5.

GMT2 is proposed to be connected to the Alpine production centre via GMT1 and CD5 infrastructure. The GMT2 is planned to include up to 48 wells, with first production scheduled between late-2020 and 2021. The development cost is estimated to exceed $1bn.

Construction on the proposed facility began in early-2017 and be completed over a period of two years.

“Local, state and national economies will benefit from the development through employment generation, tax revenues, revenue sharing and royalties.”

The ice road, gravel road and pad, bridge piers substructure and superstructure were completed during the 2017 winter season. VSMs, pipelines, power and telecom cables installation is yet to be completed.

The project is aimed at increasing production from the Alaskan North Slope that has been on a decline.

Local, state and national economies will benefit from the development through employment generation, tax revenues, revenue sharing and royalties.

Construction during the winter season is expected to create approximately 700 jobs in addition to support jobs.