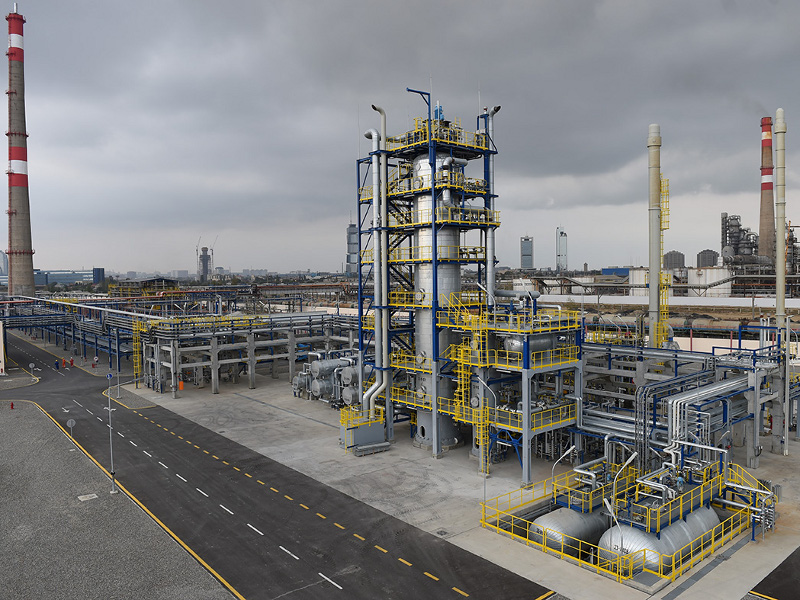 Heydar Aliyev refinery, which is located in the Republic of Azerbaijan, is undergoing modernisation. 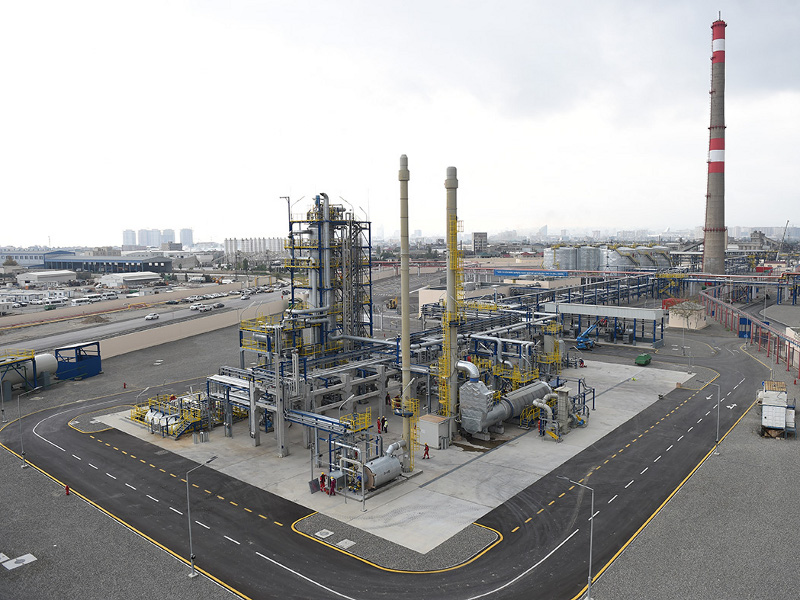 The refinery will be capable of producing 7.5Mt of oil in a year., when completed. Image courtesy of SOCAR. 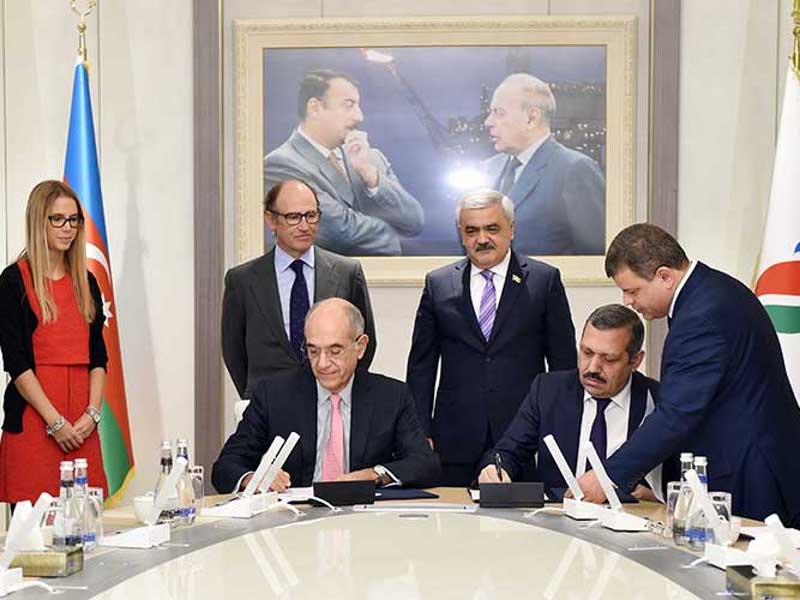 The refinery plant is owned and operated by State Oil Company of Azerbaijan Republic (SOCAR). Image courtesy of SOCAR.

Heydar Aliyev oil refinery, located in Baku in the Republic of Azerbaijan, processes 21 out of 24 grades of crude oil and 15 different petroleum products. It was named after Heydar Aliyev, the third President of Azerbaijan. The plant is owned and operated by State Oil Company of Azerbaijan Republic (SOCAR).

The refinery meets the Republic of Azerbaijan’s entire demand for petroleum products and exports the remaining 45%. The petroleum products processed at the plant include automotive gasoline, aviation kerosene, diesel fuel, black oil, petroleum coke and others.

The refinery is currently undergoing extensive modernisation, which is intended to increase the processing capacity to 7.5Mt of oil a year by 2021.

The modernisation of the oil refinery is being carried out in three phases, with the first phase commenced production in December 2018. The second phase, which is currently underway, is expected to be completed in 2020, followed by the third phase in 2021.

Heydar Aliyev oil refinery was established in July 1953 as New Baku Oil Refinery. The combined atmospheric vacuum plant is the major plant at the refinery and had an initial capacity of 6Mt of crude oil.

Details of the refinery modernisation and upgrade

SOCAR announced the liquidation of Azerneftyag Oil Refinery in January 2015, to merge it with the Heydar Aliyev oil refinery. The decision for the reconstruction and modernisation of the refinery was taken in October 2015.

The modernisation project will increase catalytic cracking unit capacity from 2Mt/y to 2.5Mt/y. The refinery is also being made compliant to meet Euro 5 standards to process all products.

The estimated investment for the Heydar Aliyev oil refinery modernisation is $1bn. SOCAR received the first tranche of the loan towards the project from the International Bank of Azerbaijan in October 2015.

Modernisation of the oil refinery includes the installation of 14 facilities. The first phase of modernisation included a new bitumen plant and liquid gas filling station, which increased the production of bitumen from 250,000 to 400,000t a year.

Construction on the new bitumen plant, which covers an area of 7.7ha, began in 2017. It produces bitumen PEN 40/60, which is used domestically.

The liquid gas filling station includes six loading tanks and five wagons, which is capable of releasing 180,000t of propane-propylene, 100,000t of liquefied petroleum gas (LPG) and 178,000t of butane-butylene by the means of pipeline or road-tankers and railways.

Details of phase two and phase three of modernisation

The second phase of modernisation will use Pressure Swing Adsorption (PSA) technology to supply the high-quality hydrogen to increase the production of Euro-5 diesel fuel.

Two PSA units, along with C300 distributed control systems, will be installed at the refinery to increase the production capacity to 7.5 million Mt of crude oil in a year.

The third phase will allow the refinery to produce Euro-5-standard A-92/95/98 gasoline.

The modernisation will also include installation of equipment such as naphtha splitter, a 3mtpa-diesel hydrotreater unit, an isomerisation unit, a hydrogen production unit, two PSA units, a C4 hydrogenation unit, a MTBE unit, a 1.2mtpa-gasoline desulfurisation unit, and a sour water stripper with sulphur recovery unit.

Axens was awarded a contract for providing the gasoline desulfurisation unit and diesel hydrotreater unit for the modernisation project in December 2015.

“The refinery is currently undergoing an extensive modernisation, which is intended to increase the processing capacity from the existing six million tonne (Mt) to 7.5Mt of oil a year by the end of 2021.”

Amec Foster Wheeler / SOCAR Foster Wheeler alliance was awarded the preliminary front-end engineering design (FEED) contract within the framework of modernisation of the refinery in March 2016.

Honeywell was awarded a contract in the same month to provide technologies to produce higher octane gasoline with less contaminants to meet stringent emission standards. It also provided basic engineering designs and a process revamp study.

The company was also awarded a contract by SOCAR in December 2018 for providing the PSA technology for second phase modernisation of the refinery.KT-Kinetics Technology and Tecnimont, a subsidiary of Maire Tecnimont, was awarded an $800m engineering, procurement and construction contract for the project in February 2018.

Pörner Ingenieurgesellschaft was contracted to design and supply a 400,000t/y Biturox plant in October 2015. The new bitumen production unit was commissioned in December 2018.

SOCAR entered a joint venture with KBR in March 2016 for providing the project management consultancy services. SOCAR-KBR awarded the EPC contract to Tecnicas Reunidas in December 2017 for the refurbishment of the existing plant.