Between Canada and US 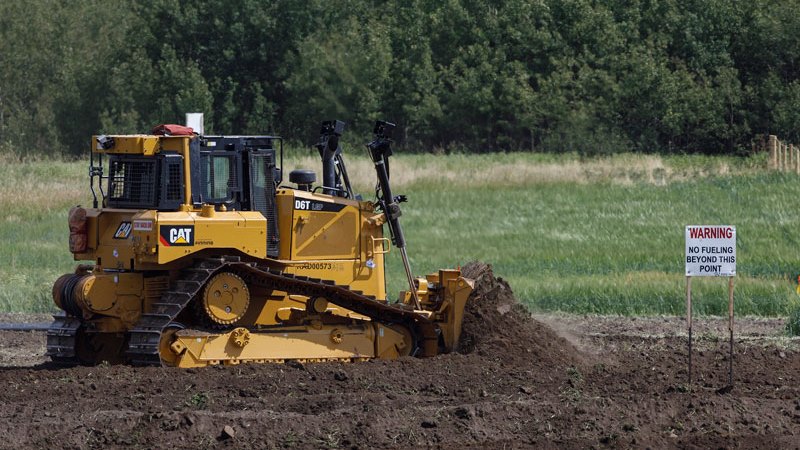 Line 3 is a 1,097mi (1,765km) crude oil pipeline extending from Edmonton in Alberta, Canada to Superior in Wisconsin, US.

The pipeline was originally built in the 1980s and is being replaced by Enbridge to improve its capacity, reliability and safety.

A 1,031mi (1,660km) portion of the pipeline is scheduled to be replaced under the project.

The US and Canadian segments of the pipeline are being replaced separately.

Enbridge Pipelines will be responsible for the replacement of the Canadian segment (Hardisty terminal, Alberta to Gretna, Manitoba) of the pipeline at an estimated cost of $5.3bn.

The US segment (Neche, North Dakota to Superior, Wisconsin) of the pipeline is being replaced by Enbridge Energy Partners at a cost of $2.9bn.

Construction on the Canadian segment commenced in August 2017 and the entire project is currently slated for completion in 2019.

Line 3 is one of the six pipelines that comprise Enbridge’s main pipeline system.

It is a mixed-service line carrying a variety of sweets, light and high sours, as well as light synthetic crude oils.

Enbridge’s assessment of the pipeline in 2013 highlighted the need for segment replacement and integrity digs to maintain the system’s stability.

Approximately 4,000 investigatory digs were estimated to be required to maintain the integrity of the US segment alone.

The assessment also revealed that the digs would cause disruption to land owners and the environment.

A replacement of the pipeline was found to be the best solution to maintain integrity and reduce disruption to land owners.

Construction of the pipeline replacement

The new pipeline will feature the latest coating technology and associated facilities.

More than 90% of the pipeline’s right-of-way will be situated on private land.

The pipeline will be constructed by dividing the network into manageable sections, ranging in length from 90km to 140km.

Each segment will be transported to the site before being welded and lowered into trenches excavated by tracked excavators.

The trench will be backfilled once the pipeline is installed. Hydrostatic testing will be used to assess the integrity of the new pipeline.

The existing Line 3 infrastructure will be decommissioned once the new pipeline becomes operational.

The project includes the installation of 55 remotely-operated valves, including 26 that will be installed near watercourses.

The valves will enable the pipeline to be shut off when necessary.

Additionally, 18 pump stations and related facilities are to be constructed at the Hardisty terminal, along with three new tanks.

The storage tanks will have a capacity of up to 375,000 barrels each and are set to booster pumps, secondary containment systems and associated facilities.

New launcher / receiver traps will also be installed at some of the pump stations.

Benefits of the replacement project

The replacement project will enable crude oil from Western Canada to be reliably transported to refinery markets in the US.

The project is expected to generate significant economic benefits, including $514.7m in government revenues through federal, provincial and local taxes in Canada.

The pipeline is also expected to generate $1.2bn in economic activity in the US during the construction phase, as well as through the procurement of local product and materials.

In addition, the project is expected to generate 7,000 full-time jobs during construction.

Quanta Services has been contracted to install the Canadian segment of the pipeline.