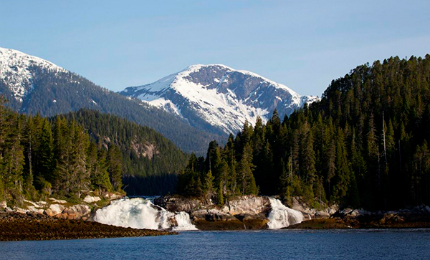 A joint venture named LNG Canada was set up in 2011 by Shell Canada Energy (50%), PetroChina (20%), Korea Gas Corporation (15%) and Mitsubishi Corporation (15%) for the phased development of the new LNG export facility.

The Phase I development will include two LNG trains each with a design capacity of six million tons per annum (mtpa), while Phase II will add two more trains of the same capacity.

The National Energy Board in 2013 approved the export license of LNG Canada, permitting it to export 24mt of LNG a year for a period of 25 years.

Provincial and federal environmental authorities endorsed the project by issuing relevant permits and an environmental assessment certificate in June 2015.

"A water treatment facility will be built to treat water from the Kitimat River for drinking, cooling and other purposes."

The proposed facility will be constructed on 400ha of land in Kitimat’s industrial area in the region of Haisla First Nation along the Douglas Chanel.

The location includes the former Methanex industrial site, which was purchased by Shell and its joint venture partners in 2011. It was an ideal location as the region hosts abundant gas reserves, ice-free ports and existing infrastructure such as roads, power lines and the Terrace airport.

Additionally, the facility needs to be established inland in order to reduce the length of connecting pipeline from gas reserves.

The proposed site will include a natural gas receiving and LNG production facility, a marine terminal with the capacity to accommodate two LNG carriers with capacity between 140,000m³ – 265,000m³ each, a tugboat dock and LNG loading lines linking storage tanks to the wharf.

The site will also house an assortment of buildings, a material offloading facility and ancillary infrastructure, including roads, power, water, waste collection and treatment facilities.

Details of the proposed export facility

LNG Canada’s proposed facility will include LNG processing units, which will separate impurities such as CO2, water, condensate and sulphur from natural gas.

Gas will then be converted into LNG by chilling it to -161°C. The condensates obtained at this stage are stored and sent by rail to the market.

Storage tanks at the facility will store the LNG until it is loaded into carriers at the wharf. Two LNG loading lines will move the LNG from storage tanks to the berth and LNG carrier.

The lines will be insulated to conserve energy and maintain the LNG in liquid state.

A marine terminal will be constructed by redesigning an existing wharf with a capacity to house two LNG carriers. Tugboats will be used to assist the carriers for securing them at the berth.

A rail yard within the facility will be used to load condensate. It will be linked to an existing rail system.

Two flare stacks, one with a height of approximately 60m and another of 125m, will be built as safety devices.

The $4bn Coastal GasLink pipeline will have an initial capacity of 1.7bnft³ of gas a day and will generate between 2,000 – 2,500 direct construction jobs.

The LNG carriers will need to navigate for a distance of 278km to reach the LNG Canada facility from the sea.

CFSW LNG Constructors (CFSW), a consortium of Chiyoda Corporation, AMEC Foster Wheeler, Saipem and WorleyParsons, was preferred as the main contractor for the project in April 2014.

The joint consortium will be responsible for providing front-end engineering design (FEED), planning of construction execution, and managing other subcontractors and employees to be involved in construction. CFSW began FEED activities in June 2014.

LNG Canada signed an agreement with BC Hydro in November 2014 to source clean, renewable electricity from BC Hydro for supplementing auxiliary power requirements of its export facility.

The agreement also includes development, operation and maintenance of the transmission infrastructure.

TransCanada Corporation was selected in 2012 to design, build, own and operate the proposed Coastal GasLink pipeline for supplying natural gas to the export facility from the Montney gas-producing region.

Benefits of the proposed export facility

The proposed project will create up to 7,500 jobs during the peak of construction and will offer 450 – 800 permanent full-time jobs when fully operational. It is expected to generate $94m tax revenue during construction phase and $15m a year during operations.