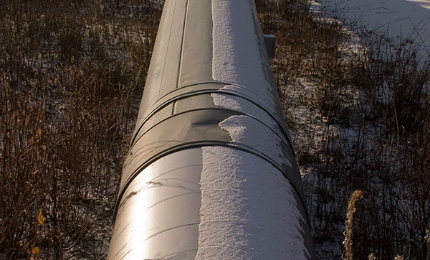 The Mountain Valley Pipeline (MVP) is a 303 mile (487.6km) -long natural gas pipeline project being built between West Virginia and Southern Virginia, US. The project will supply natural gas from the Marcellus and Utica shale regions to markets in the Mid and South Atlantic regions in the US.

The interstate pipeline will be regulated by the Federal Energy Regulatory Commission (FERC).

The pipeline project received the final environmental impact statement (FEIS) from the FERC in June 2017, while a Certificate of Public Convenience and Necessity for the project was issued in October 2017.

Construction commenced in February 2018 and operations are expected to begin during the fourth quarter of 2019.

The proposed pipeline will have a diameter of 42in and will supply at least two billion cubic feet (BCF) of natural gas a day.

A number of processes are being carried out during construction, including clearing, grading, topsoil segregation, trenching, pipeline stringing, welding, x-raying and weld repairs, as well as coating, lowering in, back-filling, hydrostatic testing, clean-up, surface restoration and reseeding.

The pipeline project will include the construction of three compressor stations in Wetzel, Braxton and in Fayette, with total capacity of 171,600hp. It also includes four new metre and regulation stations and an interconnection, three new taps, five new pig launchers and receivers, 36 new mainline block valves and 31 cathodic protection beds.

Benefits of the MVP project to the local community

From the total investment of the project, an estimated $396m will be directly spent in Virginia and $712m in West Virginia, which will give a significant boost to their economies.

“The new pipeline’s construction commenced in February 2018 and operations are expected to begin during the fourth quarter of 2019.”

Originating from the Mobley Interconnect in Wetzel County, West Virginia, the pipeline will end at the existing Station 165, operated by Transco in Pittsylvania County, Virginia.

The pipeline will supply at least 2BCF of natural gas per day from the Marcellus and Utica shale region.