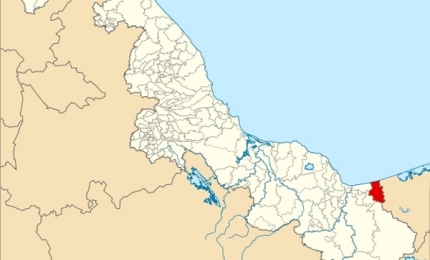 NET Mexico Pipeline Partners, an affiliate of NET Midstream, completed the construction of a natural gas transmission pipeline at the international boundary between the US and Mexico in Starr County, Texas, US, in November 2014. The new pipeline helps to meet the growing demands of natural gas in Mexico.

Construction on the pipeline started on February 2014 and the commissioning activities concluded in October 2014. The pipeline delivered first natural gas from the Agua Dulce Hub in Nueces County, Texas, to a point near Rio Grande City in Starr County, Texas, in the following month.

The $665m intrastate pipeline project was financed by a consortium of lenders led by the Bank of Tokyo-Mitsubishi UFJ. Other investors in the consortium are G Capital, Credit Agricole, Natixis, the Royal Bank of Canada, Nord/LB, BBVA and Santander.

"The new pipeline helps to meet the growing demands of natural gas in Mexico."

NET Mexico received a presidential permit from the US Federal Energy Regulatory Commission (FERC), authorising it for limited border-crossing facilities at the international boundary between the US and Mexico. NET Mexico also operates three pipeline systems, including Eagle Ford Midstream, LaSalle Pipeline and South Shore Pipeline in the Eagle Ford Shale, in addition to the NET Mexico Pipeline.

NET Mexico’s Agua Dulce Hub can receive more than 4Bcf/d of gas from nine gas pipelines and four gas processing plants. It also includes three large-diameter header systems and bi-directional meters at multiple points, with a capacity of 2.6Bcf/d. NET Mexico also plans to subscribe to a 700,000MMBtu/d compression expansion of the pipeline.

The new pipeline initially operates with a capacity of 2.1Bcf/d and a maximum allowable operating pressure of 1,480 pounds per square inch gauge (psig).

A 860km-long pipeline will import up to 2.1bn cubic feet a day of natural gas from the US to Mexico.

The company also constructed approximately 1,247ft of 48in-diameter pipeline on the Mexican side of the border, which will be owned and operated by Los Ramones.

In November 2013, energy infrastructure contractor Willbros was awarded the construction contract for the NET Mexico Pipeline.

NET Holdings Management subsidiary NET Midstream placed an order with Voith for four Vorecons with dual-torque converters in March 2014. These Vorecon dual-torque converters controls speeds with power ranging from 6MW to 50MW. Laurini supplied pipeline machinery, including its self-loading Superscreen and SuperPadder, for the project.