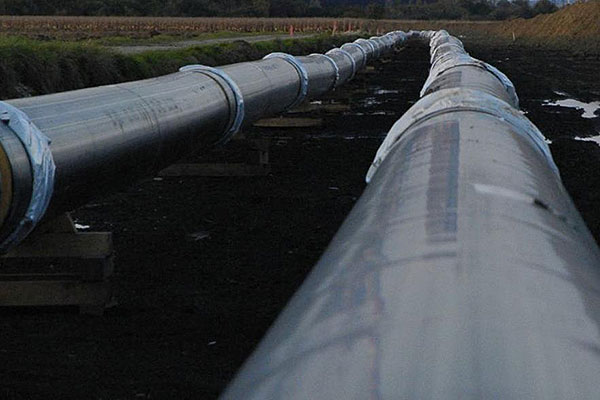 Norlite pipeline is a proposed 489km-long pipeline being developed by Enbridge. The new pipeline will run from Enbridge’s existing Stonefell site and terminate at Enbridge’s Athabasca and Norealis Terminals, near Fort McMurray, Canada. The pipeline construction cost is expected to reach $1.4bn.

The project received regulatory approvals from the Alberta Energy Regulator (AER), Suncor Energy Board and other regulatory authorities in August 2015. Construction began in mid-2015 and is expected to be completed by 2017.

The pipeline will transport diluent products such as condensate or synthetic crude oil, which are used for diluting heavy oil to make it lighter and easier for transportation.

The project will include the construction of the pipeline, three new pump stations, a storage tank and other support facilities. It is expected to be 16in in diameter and serve the Fort Hills oil sands project owned by the Fort Hills Partners (Suncor Energy, Total E&P Canada and Teck Resources) and Suncor Energy Oil Sands Limited Partnership’s (Suncor) proprietary oil sands production facilities.

Enbridge expects to expand the pipeline’s capacity by expanding the diameter to a 24in or 20in system, in case demand increases. The pipeline will be capable of transporting 270,000 barrels a day of diluent from Edmonton into the oil sands region, according to the current plan. It can be further expanded to 400,000 barrels a day of diluent with the installation of new pump stations.

The new pump stations will be constructed at the Stonefell, Small Benn and Cheecham terminals. The storage tank will be located at the Norealis Terminal and will have a storage capacity of 150,000 barrels of diluent.

The pipeline is also expected to extend towards Suncor’s East Tank Farm located near Athabasca and Norealis terminals in Fort McMurray.

The Norlite pipeline project is also expected to gain access to Keyera Corporation’s (Keyera) existing pipelines situated between Edmonton and Stonefell and to its Fort Saskatchewan condensate system, providing access to the extensive diluent supply points, storage and transportation infrastructure. The access to Keyera’s existing pipelines between Edmonton and Stonefell will eliminate the need for building a new pipeline within the corridor.

Keyera participates in the project as a 30% non-operating owner in exchange to giving Enbrigde access to the pipeline system. A memorandum of understanding (MoU) was signed between Enbridge and Keyera in October 2013 and the agreement was ratified in May 2014.