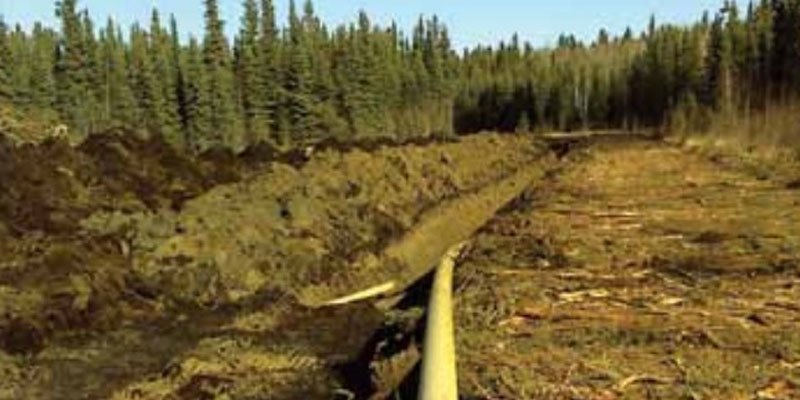 Pembina Pipeline Corporation is undertaking an expansion of its conduit infrastructure in the north-eastern region of British Columbia, Canada, as a part of the Northeast British Columbia (NEBC) Expansion Project.

The $175.5m development will transport condensate and liquefied natural gas (LNG) from the Montney resource play for a number of companies.

Planning was approved by regulatory authorities in January 2017 and construction is expected to commence immediately, with the work scheduled to be completed by the end of year.

Investment in the project is the result of binding agreements signed with gas producers in the Montney resource play area.

Exploration and production from the region is increasing, and producers are looking for a solution to allow greater access the Alberta area market hub.

The NEBC development is expected to provide these producers with an efficient transportation solution. It will provide gas producers in the Montney resource play with access to Pembina’s downstream pipeline infrastructure, which supplies gas to Edmonton and Fort Saskatchewan in the Alberta area.

The proposal is also predicted to strengthen Pembina’s Phase III Expansion project, which aims to increase the company’s downstream infrastructure.

The NEBC project includes the construction of a 145km,12in-diameter pipeline, starting from north-west of Wonowon, British Columbia (BC), to Pembina’s existing Taylor Terminal.

The pipeline will run parallel to Pembina’s existing Blueberry pipeline system in BC, and have a capacity of up to 75,000 barrels per day (bpd).

Other infrastructure will include one pump station at the pipeline inlet, with potential for two additional pump stations, mainline block valves, five riser sites, and tie-in to the Taylor Terminal.

Each pump station will be installed with a 1.9MW natural gas-fired generator and a temporary back-up generator. The mainline block valves will enable isolation of the pipeline system to perform maintenance and operational works.

The riser sites of the pipeline will be placed next to existing infrastructure and will be used for inspection, as future tie-ins and for installing metering and control equipment.

A supervisory control and data acquisition system (SCADA), along with communication equipment, will be installed to enable safe and remote operation and maintenance of the pipeline. Cathodic protection will be provided to protect the pipeline from electro-chemical corrosion.

Development of the pipeline will require an area of 516 hectares, including 21m-wide right of way (ROW). The ROW will include a permanent 18m section and one temporary 3m section.

Vegetation is to be allowed on the 18m permanent section, with provision for maintenance and monitoring upon completion.

"The NEBC will provide gas producers in the Montney resource play with access to Pembina’s downstream pipeline infrastructure, which supplies gas to Edmonton and Fort Saskatchewan."

Additional infrastructure required for construction will include permanent access roads connecting to the pipeline inlet, risers and mainline block valves. Bridges, borrow sites, lay down areas, storage areas and upgrade to existing access roads will also be neccessary to carry out the construction.

The project will replace approximately 100 truckloads of LNG that are currently being transported from the Montney basin to Pembina’s existing Taylor Terminal on a daily basis. It will not only reduce congestion on local routes, but also lower greenhouse gas emissions.