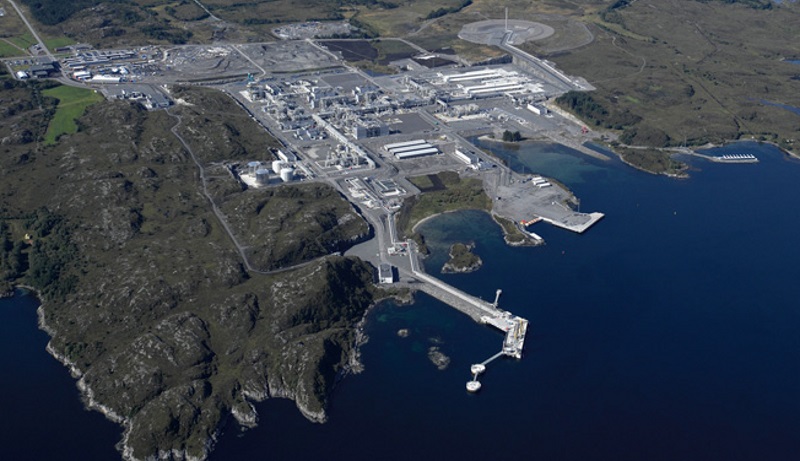 The Nyhamna onshore processing facility, located on the Nyhamna peninsula on Norway’s west coast, underwent an expansion to increase its capacity to receive gas from Aasta Hansteen field, as well as other new fields.

The gas processing plant ownership was transferred to Gassco in October 2017 from the Ormen Lange licence to the new Nyhamna JV partnership comprising Statoil, Shell, Dong, Petoro, Wintershall, ExxonMobil, Total, ConocoPhillips, CapeOmega, Edison, OMV and DEA. The expansion project was started in 2014 and completed in 2017.

Following the expansion, the plant’s capacity increased to 84 million standard cubic metres a day (mscm/d) of gas from 70mscm/d. The upgraded facility is connected to the Polarled pipeline, which transports gas from the Aasta Hansteen field and other fields to the plant.

“The expansion included installation of facilities and infrastructure to accommodate the new Polarled pipeline.”

Operations at the onshore gas processing plant started in 2007 with gas from the Ormen Lange gas field located 120km off the west coast of Norway being processed since then. The field is developed as a subsea tie-back to the plant, where gas is dehydrated, hydrocarbon dew-pointed and compressed before being exported to the UK gas markets via the Langeled pipeline.

The Nyhamna onshore plant was modified to be the new gas hub in Norway. The expansion included installation of facilities and infrastructure to accommodate the new Polarled pipeline, which was designed to include a polar tee that enables future tie-in of the Snøhvit or other northern fields.

The expansion also covered the installation of two new compressors to increase the pressure at the Ormen Lange field. The compressors assist in maintaining the production at the field, as well as supporting the flow from a depth of 850m up to the land.

Booster compression is required to maintain the export volumes from the field as the pressure in the field reservoir is declining.

New facilities constructed as part of the project included a processing unit, hydrogen sulphide removal unit, storage tanks, reception facilities for third-party gas, and a fourth export compressor, while the compressor was upgraded and new safety systems installed along with 50 new modules.

A new substation was constructed to provide power to the booster compressors of Ormen Lange field that has a rating of 38MW. The fourth export compressor, with a rating of 48MW, is similar to the existing compressors.

Kværner Stord was selected as the main contractor and was awarded the engineering, procurement, construction management (EPCM) contract in 2012. The contract is valued at Nkr11bn ($1.35bn) after its value increased by Nkr5bn ($614.75m) following the front-end engineering and design work.

Aker Solutions was appointed as a subcontractor by Kværner to undertake the engineering and modification. China Offshore Oil Engineering Corporation provided a part of the modules required for the expansion, while OGN will provide other modules.

Civil and underground modifications were performed by Multiconsult, which has collaborated with Shell (ex-operator) and Genesis Oil and Gas during the feasibility study. Beerenberg was responsible for engineering services and inspections, insulation, scaffolding, surface treatment, passive fire protection, architecture, Sveisolat and cold cutting.

Engineering, supervision and quality control works within thermal insulation were handled by Yabimo. ABB was subcontracted by Kværner for $24m to increase reliability and minimise grid losses at the Nyhamna gas processing facility.

The turbomachinery systems were supplied by GE Oil and Gas, who has chosen Flenco as its preferred partner to provide the auxiliary systems. The fire and gas system was upgraded by Holta & Håland Safety.