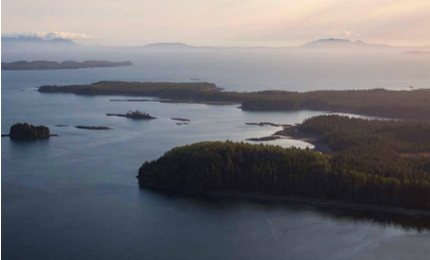 Pacific NorthWest liquefied natural gas (LNG) project, a natural gas liquefaction and export facility, was proposed to be constructed in Lelu Island near the Port of Prince Rupert, British Columbia (BC).

Each of the partners planned to purchase LNG based on their respective shares in the project for a minimum period of 20 years.

However, the project was cancelled by the partners in July 2017 due to challenging environment, low prices and shifts in the energy market.

The overall investment in the project was estimated at $11.4bn.

The project was expected to generate approximately 4,500 jobs during the peak construction period, 330 permanent jobs following the commencement of operations and an additional 300 indirect jobs in the wider community.

The expansion project will ensure the facility meets the LNG needs of the transportation sector, industries, remote communities and marketplace in British Columbia and other regional markets.

Natural gas for the project was planned to be sourced from Progress Energy Canada’s North Montney assets and conveyed to the site for liquefaction via TransCanada Pipeline’s proposed 900km-long Prince Rupert Gas Transmission pipeline.

LNG exportation from the project

LNG from the project site was planned to be exported using either Petronas’s own fleet of LNG vessels or through vessels of the customers’ choice.

Approximately 220 vessels were expected to call on the facility each year.

The project site was designed to cover an area of 263ha, including approximately 160ha situated on Lelu Island.

The remaining 103ha comprised of marine infrastructure and the facilities were designed to operate for 30 years.

Construction of the project was supposed to be implemented in two phases. Phase I would have primarily involved the installation of two LNG trains and two LNG storage tanks for storing LNG at atmospheric pressure, prior to being transferred onto LNG carriers, while phase II planned to add an additional LNG train and a third LNG storage tank.

A 1,100MW power plant using aeroderivative gas turbines was to be constructed to provide the compression and non-compression power for the LNG trains.

A marine terminal consisting of two berths for LNG carriers was to be constructed at Port Edward, which connected to LNG facilities via a 2.7km-long combined trestle and a 250m two-lane suspension bridge.

BASF agreed to license its proprietary OASE technology for the removal of carbon dioxide and sulphur components from natural gas supplied for the project.

The FEED and early detailed engineering works for the project were performed by Bechtel, the KBR / JGC joint venture (JV) and the Technip / Samsung Engineering / China Huanqiu JV under separate contracts awarded to the three parties in early 2013.

An engineering, procurement, construction and commissioning (EPCC) contractor was also planned to be selected from one of these three parties.

Stantec was the environmental consultant for the project.