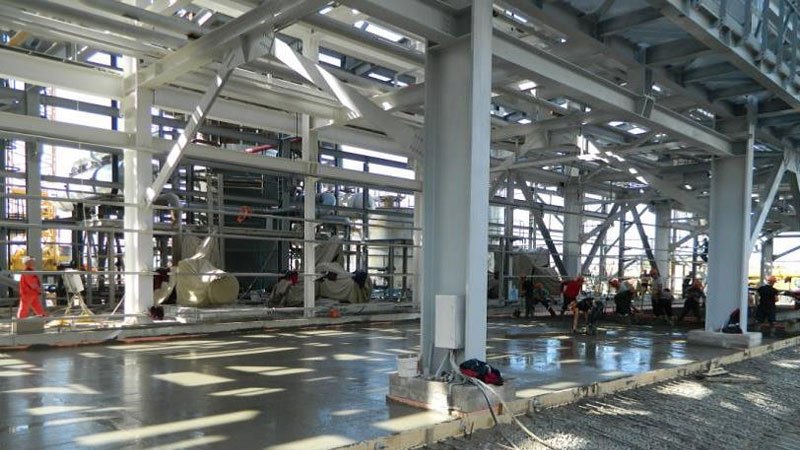 Pavlodar Oil and Chemistry Refinery (POCR) is one of the biggest oil refineries in Kazakhstan.

The facility was commissioned in 1978 and is spread over 460ha of industrial area in the city of Pavlodar, which is located in the country’s north-eastern region.

POCR is operated by the state-owned oil company KazMunaiGaz and is currently undergoing a $1.2bn modernisation in order to increase its refining capacity to 7.5 million tonnes a year (Mt/y).

Approximately 60% of the refinery’s total volume of light oil products is supplied to the domestic market.

The modernisation of the refinery will enable it to offer high-quality petroleum products consumers in Kazakhstan.

Work under the project began in 2015 and is scheduled to be completed by September 2017.

The modernisation of POCR will see the construction of 12 new units, including a combined sulphur production unit and an isomerisation unit.

Construction of a naphtha splitter is also planned, which will feature two storage tanks and possess a total capacity of 10,000m³ for high-octane gasoline.

Further, a jet fuel hydrotreatment unit, LPG treatment facilities and a 2Mt/y automatic gasoline mixing station will be added to the refinery.

Plans have also been outlined for the addition of a sour water stripper, amine regeneration facility and an automated gasoline blending facility.

Capacity expansion at the Pavlodar refinery

The refinery modernisation will enable it to produce quality petroleum products that comply with the K4 and K5 ecological grades and improve the oil refining depth by 90%.

It will also facilitate the production of Euro-4 and Euro-5 standard products.

The project will double the production rate of aircraft fuel and increase diesel oil production to 5,630t and high-octane gasoline to 297,000t/y. In addition, a two-fold increase in light oil products output will be achieved.

The processing capacity of hydrotreated vacuum gas oil at the refinery will increase from the existing 1.2Mt/y to 1.9Mt/y following the refurbishment.

Additionally, it is expected to enable the refinery to produce petroleum products with less sulphur, benzene and other redundant components.

New technologies and improved control automation are scheduled to be added as part of the development.

Construction works on the modernisation project began in 2015 and reconstruction of the delayed coker unit (DCU) was completed in 2016.

The main concrete construction and electricity works at the naphtha isomerisation and splitter, and the combined sulphur production units, were completed in February 2017.

Mechanical installation works at the new units began in April 2017.

The sulphur production facilities are expected to be completed by July 2017, while the isomerisation unit and naphtha splitter are currently scheduled for completion by September 2017.

The front-end engineering design (FEED) services deal for the refinery was awarded to Rominserv.

Bechtel was contracted to provide ThruPlus® technology for the process design of the DCU in November 2012.

"POCR is currently undergoing a $1.2bn modernisation in order to increase its refining capacity to 7.5 million tonnes a year (Mt/y)."

Honeywell Group’s UOP was contracted to provide processes and services for the project in February 2013 in order to help the site meet Euro-5 standards.

Rominserv was awarded the engineering, procurement, construction (EPC) contract for the refinery’s refurbishment in July 2013.

The Verus Project Management consortium was awarded a services contract in February 2017.

Financing for the modernisation project

The Development Bank of Kazakhstan is financing 25% of the project in the form of credit for a ten-year period to carry out the necessary construction works.