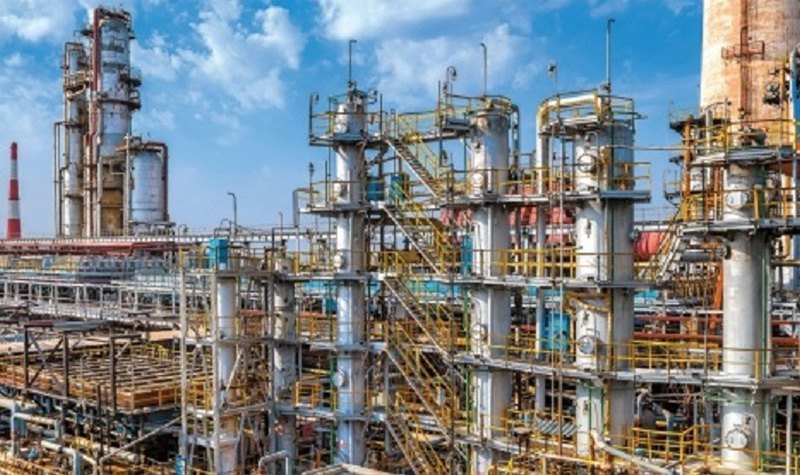 Shymkent oil refinery is located in the Sayramskiy region of Kazakhstan, and is currently undergoing a modernisation to upgrade the site’s processing performance from its current 5.25Mt to 6Mt of fuel a year.

The modernisation project is being undertaken via an estimated investment of approximately $1.83bn.

A Merox unit for sulphur removal from non-saturated LPG, as well as tail gas treatment and sulphur recovery units will also be added as part of the planned upgrade.

The project will increase the crude processing depth by up to 90% and improve the quality of its oil products from Euro 4 to Euro 5 standards. It will also result in the reduction of the facility’s atmospheric pollution emissions.

The upgrades will increase Shymkent’s capacity for production of high-octane gasoline by 2.2Mt, diesel fuel by 1.9Mt and aviation fuel by 400,000t a year.

Construction details of the refinery modernisation

Shymkent’s modernisation works will be completed in two stages.

The first stage of construction began in December 2015 and saw the addition of a sulphur production unit with a capacity of 4,000t a year, as well as a diesel fuel hydrotreating system.

A pressurised bulk-filling plant for light oil products was also completed, along with the construction of additional facilities for the factory’s infrastructure.

Construction of the isomerisation unit involved the assembly of 3,547t of metal structures, the pouring of 7,562m³ of concrete, and the installation of 131 units of equipment by December 2016.

Development of the first stage of construction was completed in April 2017.

The second stage is set to involve the construction of complex of catalytic cracking units with a capacity of 2Mt a year. The units will be used for the deep processing of oil in order to produce high-octane motor fuels.

The refinery is currently undergoing a set of commissioning works, which are currently scheduled to be completed by July.

Sberbank of Russia and its subsidiary bank in Kazakhstan provided a $400m loan for the modernisation project in October 2014.

"The upgrades will increase Shymkent’s capacity for production of high-octane gasoline by 2.2Mt, diesel fuel by 1.9Mt and aviation fuel by 400,000t a year."

The Development Bank of Kazakhstan and China’s Exim Bank supplied $1bn for the development.

Technip Italy was selected to carry out the feasibility study (FS) for the modernisation project in 2011. It was also responsible for providing front-end engineering design (FEED) services for the refurbishment in 2012.

The contract included the provision of FEED documentation for revamp process units and utilities, as well as various offsite facilities.

China Petroleum Engineering & Construction Corporation (CPECC) was contracted to supply detailed engineering services and the procurement of equipment and materials, in addition to the implementation of construction and installation works for the naphtha isomerisation unit.