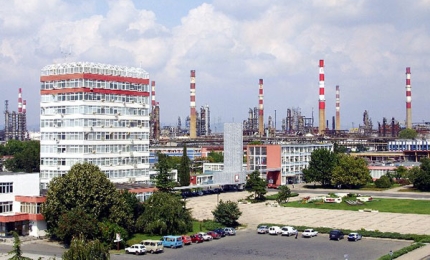 The refinery is undergoing a $1.9bn upgrade, which is aimed at increasing the annual production of Euro-5 diesel oil by 1.2 million tonnes and halting the production of high-sulphur fuel oil.

The front-end engineering design (FEED) studies for the two-phased upgrade were completed in the first quarter of 2010 and official construction works started in May 2012. The project is generating roughly 3,000 construction jobs.

Modernisation of the refinery at Burgas

The primary component of the modernisation project is the construction of the heavy oil (vacuum) residue hydrocracking complex, the largest of its kind in Eastern Europe, which is expected to come online in early 2015.

"A $1.9bn upgrade is aimed at increasing the annual production of Euro-5 diesel oil by 1.2 million tonnes and halting the production of high-sulphur fuel oil."

A new sulphur recovery unit (SRU-4) was commissioned in January 2015 at a cost of $71m, as part of the project. It has now replaced the older Sulphur Gas-2 unit at the refinery.

Financing for the modernisation project

A €420m (approximately $480m) export credit facility, which is 95% covered by SACE and was closed in November 2013, was provided by BNP Paribas (Suisse), ING Bank, Société Générale and UniCredit.

Phase 2 will involve the construction of a vacuum gas oil hydrocracker (VGOHCK) unit, a second hydrogen unit and in-fixed bed reactors, with a feed throughput capacity of 1.8 million tonnes a year.

A new flare built by Balkani LK for the burning of waste gases was commissioned in February 2012 and a new 96ГВ285-19/19С screw compressor designed for compression and utilisation of flare gases was installed in December 2013.

Contractors involved with the refinery modernisation

The FEED studies for the project were performed by Technip, who is also responsible for the engineering, procurement and construction (EPC) for Phase 1 of the heavy residue hydrocracking complex. Technip has subcontracted Sices Spa Italy and GP Group to carry out the construction and assembly works.

The ancillary facilities are being constructed by Cordeel Bulgaria, while Devnya Cement is supplying approximately 15,000m³ to 20,000m³ of concrete for the project. Flowserve Corporation will supply ebullating pumping systems and barrel pumps for the project. Maire Tecnimont’s KT-Kinetics Technology was the EPC contractor for the SRU-4.

Recent activities at the Burgas refinery

Two desulphurisation units online in 2009, which anuually process 1.6 million tonnes of diesel and 1.1 million tonnes of gasoline while implementing technologies licensed by Axens and Haldor Topsoe respectively. ThyssenKrupp Uhde was the main contractor for the project.

Advanced process control (APC) systems for the refinery’s crude distillation (CDU) and fluid catalytic cracking (FCCU) process units were installed by Honeywell in 2011. A photovoltaic power plant and an outdoor switchgear were installed at the refinery by GP Group in 2011.

The automation solutions at the refinery are being modernised by EmersonProcess Management under a multi-year contract received in March 2010.