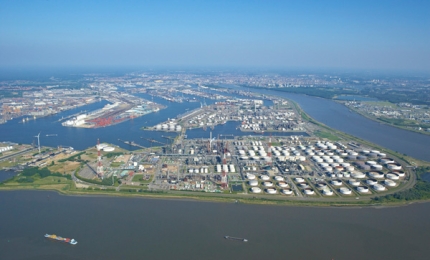 Total’s Antwerp complex is ocated in the port area of Antwerp, Belgium, and comprises a refinery, the Fina Antwerp Olefins plant and a polyethylene plant. It is the company’s largest refinery and petrochemical complex in Europe and the third biggest of its kind in Europe.

The complex produces a variety of petroleum products, including fuel oil, gasoline, LPG, chemicals, diesel and jet fuel, including ethylene, propylene, C4 fractions and aromatics such as benzene, toluene, xylene and styrene.

The refinery’s gasoline hydrotreating unit began operations in 2004, using Axens’ PRIME G+ process technology to hydrotreat 57,500 barrels per stream day (BPSD) of gasoline from the fluid catalytic cracking (FCC) unit. The new hydrotreating unit, which was built by Technip, enabled the production of gasoline with sulphur content below 10ppm.

"It is the company’s largest refinery and petrochemical complex in Europe and the third biggest of its kind in Europe."

A €1bn (approximately $1.2bn) modernisation programme to convert the three sites into a single integrated refining and petrochemical complex was announced by Total in May 2013. The project will enable the company to meet the growing demand for lighter, ultra-low-sulphur diesel and heating oil.

The first component of the modernisation project, known as the OPTARA project, involves the installation of a new solvent de-asphalting unit and a mild hydrocracking unit at the refinery to convert heavy fuel oil into desulphurised diesel and ultra-low, sulphur heating oil. The existing atmospheric residue desulphurisation unit will also be upgraded as part of the project.

The second major component of the project involves the installation of a new refinery off gas (ROG) unit with a saturated gas train and an unsaturated gas train to convert the off-gas from the refinery into low-cost petrochemical feedstock, replacing the oil-based naphtha feedstock currently employed at the two petrochemical plants. The existing naphtha cracker unit will be modified to enable it to process the hydrocarbons streams recovered from the ROG unit.

Two new substations with a rated capacity of 150/36kV (gas insulated) and 36/11kV will also be built to complement the operations of the new facilities. The OPTARA project is scheduled for completion in 2016, while the ROG project is to be completed in 2017.

Tuapse refinery, located on the Black Sea coast in Krasnodar, Russia, is undergoing a capacity expansion and upgrade.

The project also involves the simultaneous decommissioning of the oldest steam cracker and polyethylene production line at the complex to make way for the new production lines.

The new solvent de-asphalting unit will implement KBR’s proprietary ROSE solvent deasphalting technology to split 48,000BPSD of residue from a mix of crude oils into deasphalted oil (DAO) and asphaltene. The DOA will be further upgraded in the new mild hydrocracking unit and the asphaltene will be blended into fuel oil.

The €300m (approximately $355m) engineering, procurement, construction and commissioning (EPCC) contract for the OPTARA project has been awarded to Técnicas Reunidas (TR). TR has contracted Aertssen and ALE to transport the process modules from the manufacturing yard at Tarragona, Spain, to the project site.

The €190m (approximately $225m) EPC contracts for the ROG unit and revamp of the atmospheric residue desulphurisation unit was awarded to Kinetics Technology (KT), a subsidiary of Maire Tecnimont. KT has further subcontracted GE to supply multiple trains of motor-driven ethylene and propylene refrigeration, saturated and unsaturated off-gas compressors and a turboexpander-driven compressor.

The EPCM contract for a new high-pressure boiler package and sour water stripping unit, including refinery-wide interconnections, utilities and offsites, has been awarded to Foster Wheeler. The power substations will be built by Joulz and Imtech Traffic & Infra. Up to 619 pieces of pipeline valves for the project will be supplied by MSA, a member of Rimera group.