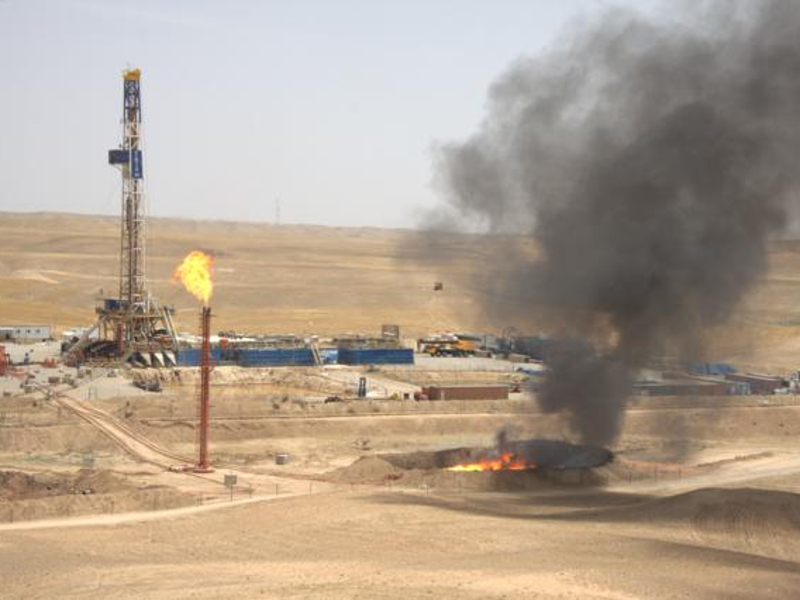 The Sarqala oil field lies in the Garmian Block located in the Kurdistan Region of Iraq (KRI). First oil from the field was achieved in 2011, while commercial shipments started in early-2015.

The Garmian Block is jointly owned by WesternZagros (40%), Gazprom Neft (40%) and the KRI Government (20%). Gazprom is serving as the operator of the field.

Sarqala produced at an average of 4,942 barrels a day (bbl/d) of light crude oil during the first quarter of 2017.

The field contains light crude oil with an API gravity of 40°.

Appraisal and testing on Sarqala

The field has been appraised by the Sarqala-1 well, which was spud in 2008 but suspended in 2009 due to equipment problems. The well struck oil in three reservoirs including the Upper Fars sandstone, the Jeribe dolo-limestone and the Oligocene reservoir.

In 2011, a sidetrack to Sarqala-1 was drilled to test the Jeribe reservoir. It encountered a 55m pay interval in the reservoir and initially flowed at the rate of 9,000bbl/d with no associated water or hydrogen sulphide.

A workover of the well was completed in 2014 to increase the flow rate capacity of the well. A nine-month extended well test was conducted between 2011 and 2012, during which the well flowed at a rate of 11,500bbl/d and produced more than one million barrels of oil.

Commerciality of the field was declared in December 2015, following which the development phase was launched. Crude oil shipments from the field also began in 2015.

Sarqala is being developed in phases with the first phase involving the maintenance of production from the Sarqala-1 well and drilling of two new wells, namely Sarqala-2 and Sarqala-3.

The development plan was approved by the KRI Government in 2016 and will focus on recovering oil from the Jeribe / Upper Dhiban reservoir.

The first of the planned wells, Sarqala-2, is expected to be drilled in mid-2017. It will target a fractured section of the reservoir identified through 3D seismic data. Sarqala-2 is planned to be brought into production in early-2018. The Sarqala-3 will also be drilled with similar objectives in 2018.

Advanced drilling and completion technologies will be used to drill the two wells, which are expected to enhance production to an estimated 25,000bbl/d by 2020.

Future phases of development at Sarqala will be dependent on the success of the initial wells. The existing facilities, including the loading terminal, will be expanded and additional drilling activities will be undertaken based on the results from the wells.

Infrastructure at the Kurdish oil field

The oil produced from the Sarqala-2 well is sent to a central processing facility, where it is treated. Processed oil is sent to a plant located in the Bazian region in Iraq. A loading terminal and storage tanks are also part of the field.

The full field development of Sarqala will require the installation of additional facilities, including 15km of 8in-12in gathering lines connected to the central production facility.

Additional facilities will include a de-ethaniser tower, a de-butaniser, inlet separation facilities, LPG storage and truck loading facilities, low-temperature facilities and general utilities such as power, flares and drains.

Gas Liquids Engineering prepared the conceptual design for the facilities required for the expansion.