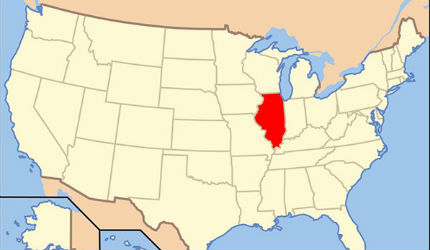 Wabash gas storage facility is being developed in Edgar County, Illinois, US. Once completed, it will have a capacity of 14 billion cubic feet of natural gas. Its construction is expected to begin in the second half of 2012 after receiving the necessary approvals. The facility is scheduled to commence operations in the third quarter of 2013.

The new gas storage facility will be operated by Wabash Gas Storage. The company is formed through a private equity investment by Tenaska Capital Management (TCM), a unit of Tenaska. It is managed by Voyager Midstream, which was established by TCM to develop and manage its midstream natural gas assets in the US.

The Wabash facility is expected to increase the gas storage capacity in the region and improve gas transportation flexibility. It will enable shippers to purchase gas at low prices and ensure uninterrupted supplies during peak demand.

In December 2010, Wabash completed the open season for the project in which it received bids representing three times the projected capacity of the facility.

Design and local geology of the gas storage facility

"The Wabash facility will be created by converting the 2,500 acre Elbridge field and the 2,300 acre Nevins field into gas storage spaces."

The Wabash facility will be created by converting the 2,500 acre Elbridge field and the 2,300 acre Nevins field into gas storage spaces. A 4.5 mile-long, 20in-diameter gas pipeline and a produced water pipeline of 6in-diameter will be built between the two fields.

The fields are subsurface geologic structures. Gas will be stored in the Grand Tower and Geneva Dolomite formations at a depth of 1,950ft. The Geneva formation is overlain by New Albany Shale which acts as a barrier and prevents natural gas from spreading away from the storage zone.

The facility will have an injection and withdrawal capacity of 200,000 million British thermal units per day.

Construction on the Wabash gas facility in Illinois

The project includes the redevelopment of the Wabash area, which was previously used for seasonal gas storage by Midwestern Gas Transmission Co. from 1963 and 1987. Midwestern discontinued the facility’s use due to unfavourable market conditions.

Wabash already owns 94% of the land required for the project and is negotiating with landowners for the remaining land.

In the fourth quarter of 2010, two test wells were drilled to understand the facility’s geology and estimate its capacity. Wabash also acquired 42 miles of 2D seismic data to understand the rock layers and formations. This data will provide the required information to design the facility.

In 2011, Wabash focused on field surveys in the project area to help identify resources that need protection.

Gas compression, storage and monitoring facilities for the Wabash project

The redeveloped facility will include the Elbridge central facility, the Nevins facility and 11 gas storage wells. The above ground facilities of the project will occupy an area of 24 acres. Normal activities such as farming can be carried out above the storage field.

"The facility will include the Elbridge central facility, the Nevins facility and 11 gas storage wells."

The water produced during gas withdrawal will be reinjected through four water disposal wells which will pump the water into the Salem and St. Genevieve reservoirs.

Eight observation wells occupying a one acre well pad will be drilled to monitor the gas present in the facility.

One regular station and a transfer meter station will also be built at the facility.

Natural gas will be supplied to and from the facility through the Midwestern Gas Transmission Co. Pipeline. The pipeline extends from northern Tennessee to Joliet in Illinois. It is connected to 13 other major pipelines including the Rockies Express pipeline, providing access to markets in the Midwest, Ohio Valley and north-east Illinois.