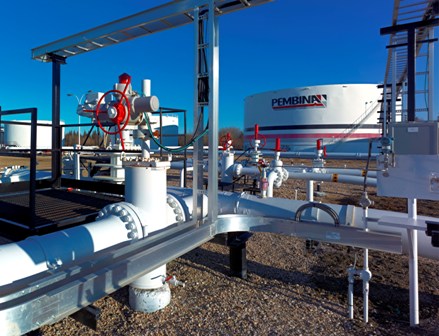 Canada-based Pembina Pipeline plans to expand the Peace Pipeline System between Simonette and Fox Creek in Alberta with an investment of approximately $115m.

The company will install around 60km of 16in pipeline along its existing right-of-way, and will also provide services to producers of the Montney and Duvernay formation resource plays.

Pembina also plans to install eight clean crude oil and condensate truck unloading risers at the Fox Creek terminal, which is expected to be online in the fourth quarter of 2013.

Pembina Pipeline president and COO Mick Dilger said that the additional capacity provided by the expansions will ensure that the company’s customers will have timely access to markets according to their drilling and production plans.

"The Simonette Pipeline Expansion Project ties in directly with our open season process by installing sufficient capacity for all anticipated future production growth coming from that particular area," Dilger added.

The expansion project is expected to supply around 40,000 barrels a day to the company’s Fox Creek terminal. The increased production from Fox Creek will reach Edmonton area markets through the firm’s previously announced Phase I and II Peace pipeline mainline expansions.

Once the project is completed, the company will have three pipelines in the corridor, which can transport various grades of crude oil, condensate and natural gas liquids.