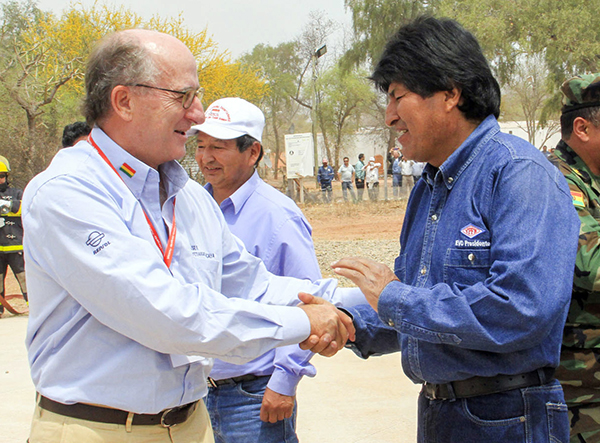 Repsol is nearing completion of the $640m expansion of the Margarita gas processing plant in Tarija, south Bolivia.

The expansion, which is in its final phase for the Margarita-Huacaya area, is one of the key growth projects in the company’s strategic plan for 2012-2016.

The project will increase output of the plant to a gas production of 14 million cubic metres per day, which is equivalent to almost 15% of Spain’s gas demand.

Four new wells will be included in the existing phase, out of which two wells, Margarita 5 and Margarita 6, have already been completed.

Margarita 5 well has already commenced gas production, and in the next few weeks tests will be carried out in the Margarita 6 well.

Repsol chairman Antonio Brufau said: "We are pleased to announce that not only we have built this plant within the designated time, but we are also able to produce more gas than initially committed."

Jointly, the Margarita and Huacaya fields occupy an area of 123,000ha where there are five wells in production currently and one in the testing phase. The wells have depths ranging between 4,000 and 6,000m.

Development in phase II will continue with drilling of two new wells, Margarita 7 and Margarita 8, and performing 2D and 3D seismic surveys.

About 29.4km of pipelines have been built in recent months to incorporate the new wells to the production system, besides expanding the Villamontes compressor station.

Técnicas Reunidas in Spain carried out the plant expansion in partnership with the Bolivian companies Inesco and Bolinter.