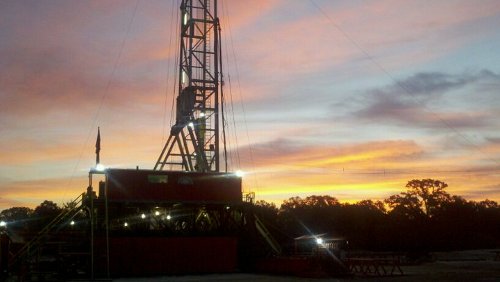 Anatolia Energy has begun drilling operations at the Guvenir-1 well located on the Antep Licence in Turkey.

The company holds a 50% stake in the project while the remaining is held by partner, Çalik Enerji San. ve Tic.

Drilling at the Guvenir-1, which will be the first well to target the Dadas Shale on the block, covers 845,418 gross acres.

Core samples from the Dadas Shale in Guvenir-1 will be extracted for analysis at a core laboratory in Calgary, Canada.

The analysis will look for oil properties and rock mechanics in the core samples, following which fracture stimulation tests will be conducted within the Dadas Shale.

"Drilling at the Guvenir-1, which will be the first well to target the Dadas Shale on the block, covers 845,418 gross acres."

The productive capacity of the shale interval will be captured more effectively with the optimal full horizontal well and multi-stage fracture stimulation process.

Conventional Bedinan reservoir (Ordovician), which sits immediately below Dadas Shale will also be tested in the current drilling process.

The company has exposure to 1.2 million gross acres of Dadas Shale and/or conventional oil prospective acreage, with an interest in 11 licences in Turkey.

An expansive prospective area of Dadas Shale has been identified by Anatolia Energy along with prospects in the Bedinan sand.

Image: Drilling operations are expected to take 80 days at Guvenir-1 well located on the Antep Licence in Turkey. Photo: courtesy of John Campbell.