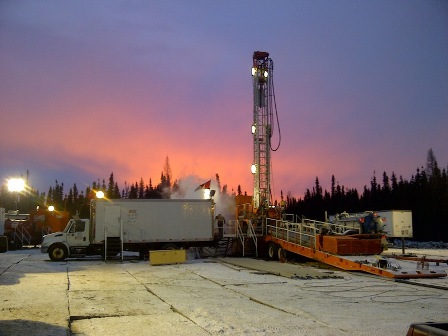 Canada-based Athabasca Oil has announced that it has approved a budget of $536m to develop the Hangingstone project 1, and will supply a further $27m for setting up supporting infrastructure.

The project will involve the construction of a 12,000 barrels per day central processing facility and four well pads with five SAGD well pairs per pad.

The new facility will be developed by Athabasca at a cost of $44,700 per barrel.

In mid-2013, drilling of SAGD well pairs is expected to begin at the Hangingstone project 1, while the facility will be commissioned and begin operations in Q4 2014.

First production at the facility will start in early 2015 and the first steam is expected before year-end 2014.

Plans are underway to expand the Hangingstone project 1 with two consecutive SAGD projects to increase the area’s production to over 80,000 barrels per day.

An evolution in application of Athabasca’s hydraulic fracturing techniques has yielded strong production results. The company’s third Duvernay well, 02-34-62-20W5M at Kaybob West, flowed at a final test rate of more than 6 million cubic feet per day plus 900 barrels per day of >50° API condensate, at a steady flowing pressure of 3,000 psig.

The 02-34 well will commence production in early December, with the completion of a pipeline tie-in to the Kaybob West Facility.

Athabasca Oil CEO Sveinung Svarte said, "I am particularly encouraged by the test results of our third Duvernay well which had strong flow rates and exhibited steady formation pressures towards the end of the test period."