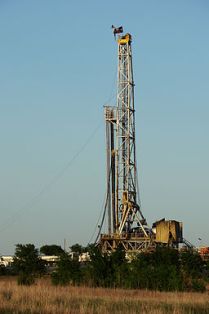 Under the deal, ARP will gain rights to about 35 million barrels of oil equivalent of proved reserves, and a significant resource potential in the Fort Worth basin in Texas.

The acquired assets hold 24% oil, 33% NGLs and 43% natural gas, and has the average production capacity of about 3,800 barrels of oil equivalent per day.

On completion of the transaction, ARP will also gain rights to 700 identified undeveloped vertical drilling locations in the Marble Falls play.

The company has already invested a total of $625m to buy estimated proved reserves of over 700 billion cubic feet equivalent, at the time of acquisition.

Following this transaction, the company’s net reserves are expected to increase to about 900 billion cubic feet equivalent.

Atlas Resource Partners COO Matthew Jones said that the company is looking forward to add valuable oil, liquids and natural gas production from acquired assets and are positive about the potential of Marble Falls play.

"We believe that this acquisition will further diversify our cash flow by increasing our contribution from oil and NGL production to approximately 20 percent, based on third quarter 2012 production," said Jones.

"In addition, we expect to gain significant efficiencies in this region as our established Fort Worth team will operate and develop these assets."

This is ARP’s third acquisition in Fort Worth basin in 2012.