Australia’s Beach Energy has confirmed first oil production from the NS377 oilfield in its North Shadwan concession in the Gulf of Suez, Egypt.

The oil will be treated at the Ras Ghara plant and delivered by pipeline to the main Petreco Oil Centre and marine terminal, 120km to the north.

Initially, the pipeline will handle about 1,000 barrels of oil per day, with further production from the NS377 field to be carried through a trucking operation, due to commence in the second quarter of 2012.

The North Shadwan joint venture partners, including BP Exploration and TriOcean Energy Company, are also planning to drill the first development well in the nearby NS385 oilfield, which is expected to spud in the coming months.

The partners have also applied for a development lease over the NS394 oil discovery, with plans to begin development in 2013.

Production from NS394 is anticipated to commence the following year at an expected flow rate of up to 7,000 bopd.

Image: The oil from the NS377 oilfield will be treated at the Ras Ghara plant before being piped to the Petreco oil centre and marine terminal. Photo:Courtesy of Beach Energy. 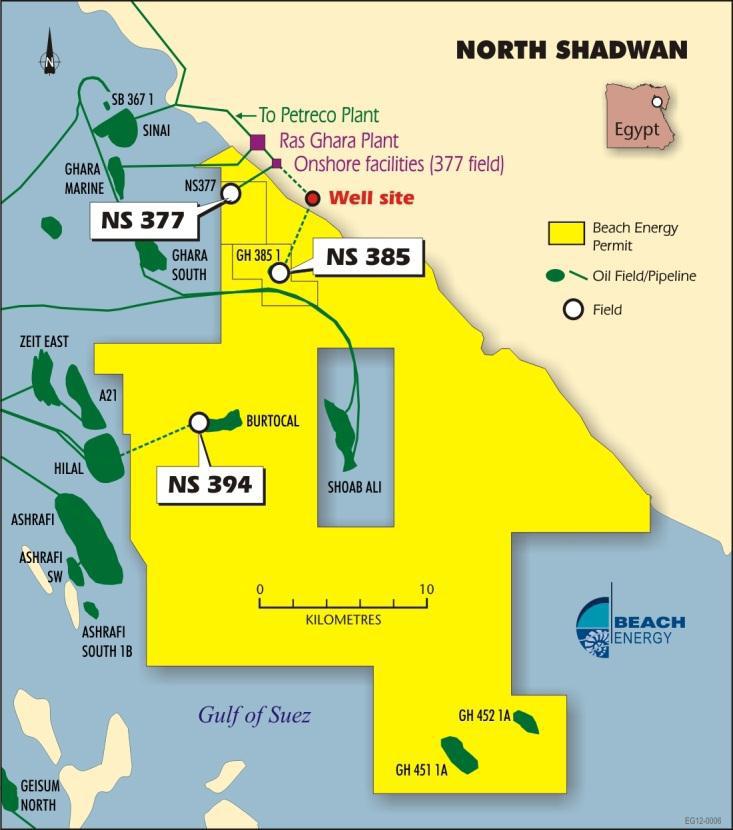