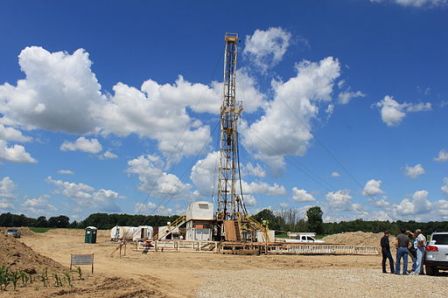 Australia-based oil and gas company Beach Energy has said that its Halifax-1 unconventional vertical well in ATP 855P in Queensland is currently flowing back gas.

The gas flow in the well is constrained to 2.2 million cubic feet per day by a 24/64 choke, as a result of temperature restrictions on elements of the surface equipment.

Beach Energy said the choke may open further, if the ratio of gas to fluid in the well stream expands.

The well has attained a total depth of 4,267m, following which a 14 stage fracture stimulation programme has been completed in the whole of the gas saturated Permian target zone.

The company has completed seven stages in the deeper Patchawarra Formation, of which one in the Epsilon Formation, two in the Roseneath Shale, one in the Daralingie Formation and one in the Toolachee Formation.

Beach Energy managing director Reg Nelson said that Halifax-1 is the fourth vertical well of the company that flowed gas from the unconventional exploration programme.

"Each well in the exploration programme is integral to the programme as a whole, with various data points obtained along the way," Nelson added.

"It is anticipated that Halifax-1 will provide relevant information over the coming months that will continue to move this unconventional play toward commercialisation."