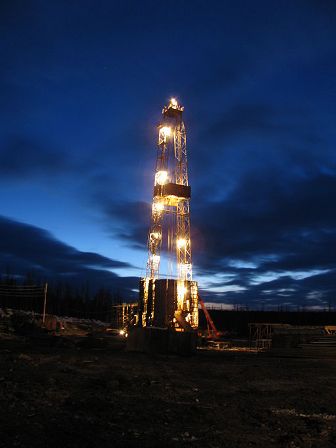 Canada-based oil and gas company Bengal Energy has commenced drilling on the Cuisinier 7 appraisal well, located in the Barta sub-block of authority to prospect (ATP) 752P in the Cooper Basin, Australia.

The Cuisinier 7, in its extended production test period, has shown daily production of about 750 barrels of oil per day. It is the first well drilled as part of the planned 2013 five-well development programme.

The Cuisinier drilling programme comprises five firm and one contingent development and appraisal wells, which is designed to enhance pool productivity and to further define pool size.

Each well will target the primary Murta formation and there are plans to drill to the depth of about 1,750m. Drilling and evaluation time is expected to be about two weeks.

The oil from the Cuisinier pool extracted in January 2013 has been sold at $120 per barrel.

The operator of the Cuisinier project said it has received regulatory approvals and ministerial grant of the petroleum lease, and the production from all eight wells in the Cuisinier pool is expected to take place in April 2013.

The construction of the sales pipeline from Cuisinier to the Cook production facility is complete, while the eight Cuisinier wells will be connected to production infrastructure of the Cook facility by April 2013.

Final processing and interpretation results of the Cuisinier North 3D seismic programme are expected to be available in mid-2013.

The data will help to identify structural and stratigraphic irregularities at multiple levels, as well as plan for additional exploratory and development drilling programmes in 2014.

Image: Bengal Energy has extracted about 750 barrels of oil per day from the Cuisinier 7 well located in Cooper Basin, Australia. Photo: Courtesy of ShavPS.