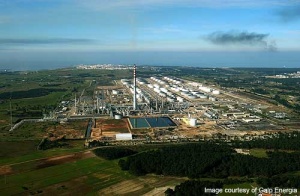 Galp Energia has annnounced that the hydrocracking complex installed at its Sines refinery in Portugal has started commercial production.

The commencement of production at the facility marks the end of the upgrade project at the Sines and Matosinhos refineries.

Prior to the production stage the company commissioned 585 sub-systems to be installed at the Sines refinery, incorporating the systems in the hydrocracking complex in the third quarter of 2012, then conducted many related tests.

Galp Energia implemented stringent quality control systems throughout the project, mainly in the commissioning phase, since it was necessary for the start-up of the operations and in maintaining the highest levels of safety.

The hydrocracker, which has a daily processing capacity of 43,000 barrels of heavy vacuum gasoil, is currently operating at normal processing conditions and has achieved a commercial production level with an utilisation rate over 60%.

The company is expecting production stabilisation at the maximum capacity in the current quarter, while capacity utilisation rate will be dependent on the optimal utilisation of the system.

Galp Energia undertook the refineries upgrade project at a total investment of about €1.4bn to increase the output of diesel over fuel oil and to meet market demand and increase the company’s profitability from the refining system.

The new efficient and flexible refining system will allow the company to improve its refining margins, already from the first quarter of 2013.

The company has now increased the complexity of its refining system, with the Nelson complexity index increased from 9.4 to 10.7 at the Matosinhos refinery and from 6.3 to 7.7 at the Sines refinery.