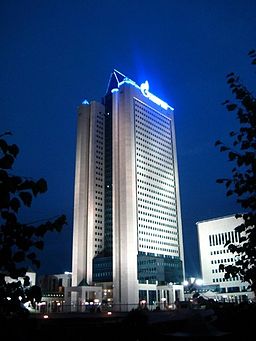 Russia-based global energy company Gazprom said that its revenues and net profits dropped in 2012, as the company tried to manage its oil-indexed pricing formula with a need to be more flexible when selling pipeline gas to Europe amid sluggish demand.

Gazprom said its net profits and sales were down due to greater competition and downward price pressure in selling its gas to Europe.

The company paid $2.7bn in refunds in 2012 to its customers in Europe, while it plans to cut another $4.7bn in 2013, to keep its pipeline gas prices competitive with spot prices in an effort to motivate customers to buy more gas.

Gazprom plans to be more flexible with its pricing strategy in 2013 to recapture market share in Europe, which will increase its gas production and exports.

The company said the drop in net income is expected to impact its spending plans for 2013, while it has earmarked $40bn capital expenditure for 2013, down from $44bn in 2012, which is about 28% lower than originally planned before forecast spending levels for 2013.

As several major gas production and infrastructure projects are in progress, the company said it will pay more attention to keep its costs under control.

Gazprom said that it is facing greater competition from Norway’s Statoil, as a result of Statoil’s spot prices and more flexible pricing strategies.

In October 2012, Gazprom announced the commissioning of the second string of its Nord Stream gas pipeline in the Portovaya Bay, the Baltic coast of Russia.This second pipeline will open up Gazprom’s options for selling gas to Europe.

The 1,224km Nord Stream pipeline implemented by the Nord Stream joint venture will run from the Portovaya Bay (near Vyborg) to the German coast near Greifswald.