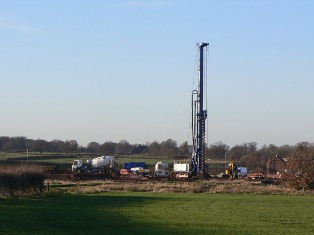 Canada-based oil and gas company Gran Tierra Energy said that it has drilled and obtained well-log results from the Bretaña Norte 95-2-1XD exploration well in Peru.

Oil traces were discovered at the top of the target Vivian reservoir section and coring operations were then commenced, which resulted in the recovery of saturated core in most of the oil column.

The company is designing a testing programme for the Bretaña Norte well to evaluate reservoir productivity with results expected in late February.

"Oil samples have also been acquired and are being analyzed which, with a testing program that is currently being designed to test reservoir productivity, will assist in determining the commerciality of the discovery," Coffield added.

In addition, the company has completed initial testing of Moqueta-8 well in the Caballos formation, as well as the T Sandstone and U Sandstone from the Villeta formations in Colombia.