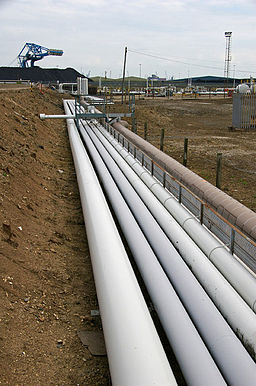 Tug Hill will focus mainly on the Mississippian Lime play in Kansas and offer 600,000 acres to JP Energy Development to construct the pipeline.

The Kansas Express, which will have the capacity to manage additional producers, is the second pipeline for the JP Energy Development in the Mississippian Lime play.

JP Energy Development intends to start open season in the next weeks to receive additional producer commitments, while it plans to commence construction on the first phase of the Kansas Express in the first quarter of 2013 and expects to bring it into service by 2014.

Once the open-season process for all potential shippers in Kansas is complete, the final design capacity of the pipeline will be decided.

The pipeline, which is initially expected to be about 12in in diameter, will be extended north to Gove County, Kansas and east to Kingman Countyalso in Kansas, during future phases.

JP Energy Partners president and CEO J Patrick Barley said the new pipeline is an important development for oil producers in northern Oklahoma and Kansas and will be an additional medium for them to carry the product to market swiftly and efficiently.

"JP Energy Development can now expand our presence in the Mississippian Lime play in partnership with Tug Hill Operating, whose management and owners have an extremely successful track record of developing oil and gas assets in the US," added Barley.

Tug Hill Operating president and CEO Michael Radler said that the new pipeline will allow the company access to the Cushing market and restricts the number of trucks on Kansas roads.