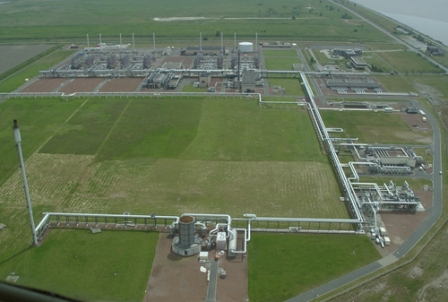 Worth NOK2bn ($3bn) and carried out on behalf of Gassled joint venture, the contract aims to run about 2.5 years. Gassco plans to commence regular operation in December 2015.

The new terminal will become part of the Gassco Emden Project (GEP) and will replace the existing Norsea gas terminal (NGT).

Linde will begin construction of the new terminal in the autumn of 2013 on vacant land adjacent to the existing Emden terminal area.

The new facility is expected to meet future needs for receiving gas from fields in the Ekofisk area and other parts of the Norwegian continental shelf.

It will also safeguard Norwegian gas deliveries to Germany on a long-term basis.

The contract was awarded to Linde, following an international tendering process among prequalified companies.

Gassco chief executive Brian Bjordal said the main aim of the company is to ensure safe and efficient project execution.

NGT has been operating since 1977 in a Gassled-owned German port operated by Gassco.

It had been established with the aim to develop Ekofisk field in the North Sea in Norway.

A major portion of the Norwegian gas supplied to Germany is received by the NGT through the Norpipe pipeline.