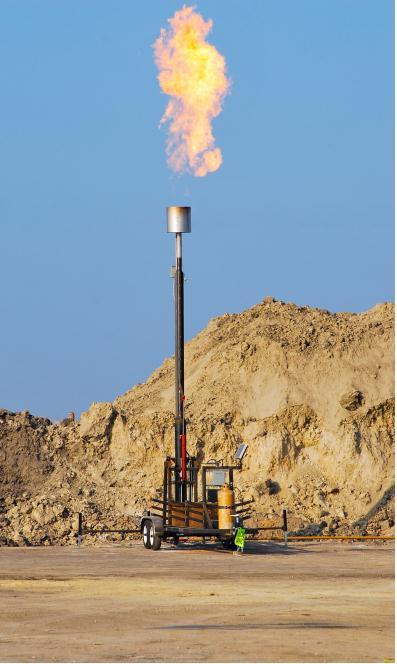 Neon Energy has discovered oil and gas shows in the Paloma Deep-2 well in the San Joaquin Basin, onshore California, US.

The appraisal well was drilled to a depth of 13,931 feet and confirmed the extension of the previously discovered hydrocarbon bearing zones encountered in Paloma Deep-1.

Neon said the well was drilled deeper than originally prognosed due to encouraging oil and gas shows encountered within the Fruitvale Formations, which also led to the discovery of a previously untested sandstone interval, McDonald Sandstone, which exhibited excellent oil and gas shows.

Neon Energy managing director Ken Charsinsky said the flow rates achieved in production tests to date are potentially commercially significant, and the discovery of an additional potential pay zone in the McDonald Sandstone is an exciting bonus.

"We look forward to production testing all zones of interest over the coming weeks and anticipate that testing of Paloma Deep-2 will commence in early August," Ken added.

Neon noted that Paloma Deep-1 testing of the Lower Antelope Shale is ongoing, with additional perforations added to a more sand-prone section, resulting in a stabilised flow of 7 barrels of oil per day and 20 million cubic feet of gas per day, from a total of 22 barrels of fluid per day.

At Paloma Deep-3, initial production testing flowed gas from a shallow zone with a maximum rate of 968 million cubic feet per day being achieved before the well was shut-in.

The company now plans a subsequent production test to confirm the size of this resource and the associated potential for long-term deliverability, slated to complete before the end of this month.

Neon, as operator of the Paloma Deep project, holds a 85% stake, while partner Solimar Energy holds the remaining 15% interest.