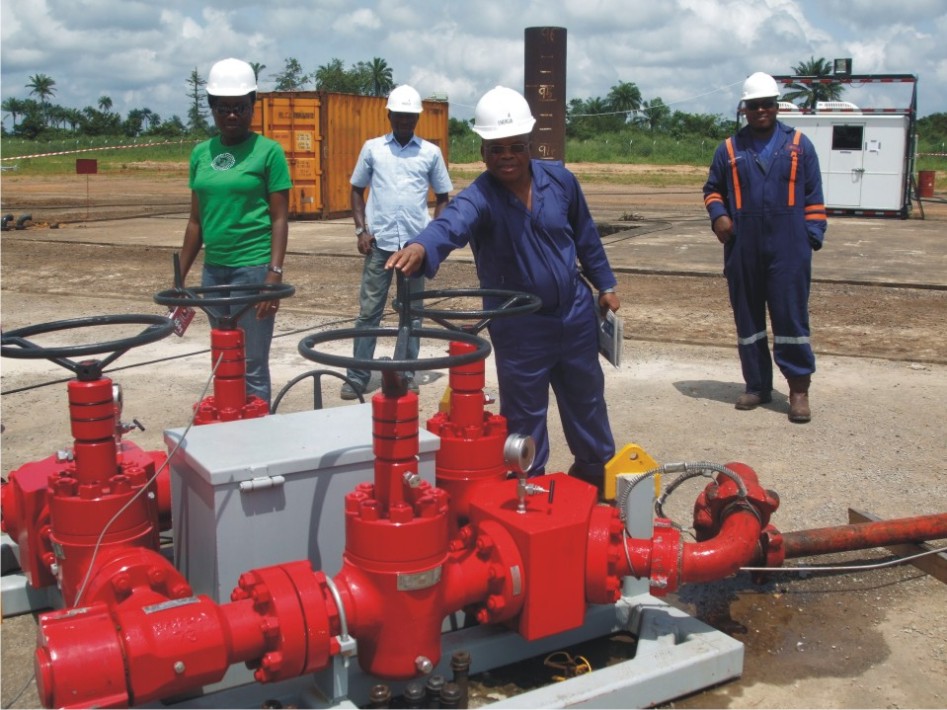 Oando Energy Resources has announced the initial drilling results from the fourth well drilled at the Ebendo Marginal Field located in Ebendo, Nigeria.

The EB-4 well, intended to apraise the updip portion of the structure, was spud towards the end of March 2012 and drilling went up to a total depth of 12,120ft, measured in June 2012.

The well encountered eight new hydrocarbon-bearing sands between the depths of 9,667ft and 11,182ft, each with individual reservoir thicknesses of between 21ft to 110ft.

These hydrocarbon-bearing sands are in addition to the producing sand target previously encountered in the first well (EB-1).

The deepest of the newly appraised sands are contained in Level XXa and were perforated and tested.

The well flowed over 950 barrels of oil per day of 49° API oil during a well flow test using a 24in / 64in adjustable choke, and further well tests will be conducted over the next few days on the next sand (Level XIX).

Oando Energy CEO Olapade Durotoye said that the company has successfully advanced its appraisal programme in the Ebendo Marginal field.

"Next steps include further evaluating this positive data and further delineation of the discoveries to assess their size and productive capacity, which we expect to begin in the fourth quarter of 2012," added Durotoye.

The company holds a 42.7% non-operating stake in the field and is expected to complete the EB-4 well as a dual string producer.

Drilling will then begin on the EB-5 well, which is intended to appraise the shallow hydrocarbon-bearing sands encountered in EB-4.