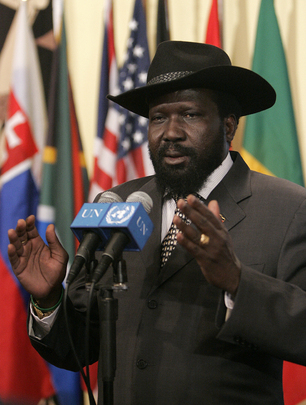 South Sudanese government has asked oil companies to restart oil production ending a nine-month shutdown over a dispute with Sudan over borders and oil.

Sudanese President Salva Kiir and his counterpart President Omar al Bashir, signed an agreement which will allow the nation to export oil, which may start in 90 days through the port and pipelines in the north.

The agreement approved by South Sudan’s national legislative assembly also addressed several issues including residency, work and travel rights for citizens of both countries and a demilitarised buffer-zone.

South Sudan Minister of Petroleum and Mining Stephen Dhieu Dau was quoted by The Associated Press as saying that the nine-month shutdown has served the purpose of protect the sovereignty and patrimony of the nation.

"The foreign oil companies and pipeline operators operating in (South Sudan) are hereby ordered. to resume any and all petroleum operations within the territory that may have been halted as a result of the government’s prior shutdown instruction," said the Dhieu Dau.

The nation gained independence in 2011 and secured three-quarters of Sudan’s oil production; however it lacks the infrastructure to refine or export its oil, and must pump it through pipelines running north to Port Sudan for export.

South Sudan, as per the agreement, will pay $9.10 and $11.00 per barrel for the pipelines operated by Dar Petroleum and the Greater Nile Petroleum Operating Company, respectivley.

South Sudan’s oil is produced in its Unity and Upper Nile states, and about 80% of its oil production comes from Upper Nile facilities, which are operated by Dar Petroluem, a a consortium of Chinese, Malaysian and South Sudanese oil companies.

Dar Petroluem manager of exploration and production Chen Huanlong said it may take four to six months for the fields to produce at full capacity.